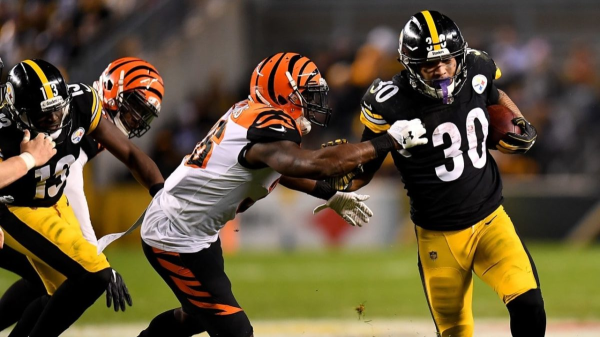 Monday Night Football features a matchup of winless AFC North teams when the Cincinnati Bengals (0-3) travel to Heinz Field to take on the Pittsburgh Steelers (0-3). Cincinnati came into the season with low expectations in a division that it thought would feature a couple of high-caliber teams in Baltimore and Pittsburgh. While Baltimore may still be of that caliber, Pittsburgh has struggled, and the absence of Ben Roethlisberger could quickly make an already frustrating season turn worse.

The Bengals come into this one having dropped three in a row, with losses to Seattle (21-20), San Francisco (41-17) and Buffalo (21-17). While they are without star receiver A.J. Green, their passing attack has been solid, but they really need to get the run going, especially if they want to contend with the Steelers.

For the Steelers, with Roethlisberger out it now becomes the Mason Rudolph show. In the first three outings for the Steelers, they have lost all three including games against the Patriots (33-3), Seahawks (28-26) and the 49ers (24-20). They are hoping to be able to attack a Bengals defense that has certainly had its woes.

Regardless, someone should be coming out of this one with their first win. Currently, the point spread for this one sits with the Pittsburgh Steelers being three-point favorites playing at home. The over/under on total points scored is set at 45.

On the defensive side, these teams are once again neck and neck in terms of futility. The Bengals rank 27th overall, allowing an average of 27.7 points per game, while the Steelers come in one behind them at 28th, allowing 28.3 points per game.

Bengals Hoping To Get First Win

This has certainly not been the best start of the season for the Bengals, but there has been some optimism, particularly around starting quarterback Andy Dalton. Despite losing his best receiver in Green, Dalton has still put up decent numbers. On the season, he is 81 for 129 for 979 yards (averaging over 300 per game). He also has five touchdowns thus far. While those numbers are encouraging, it isn’t all good. He does have three interceptions thus far and has been sacked a whopping 11 times in the three games.

One area where the Bengals definitely need to improve is in the run game. Joe Mixon just hasn’t gotten it going yet this season. In three games, he has rushed for just 87 yards on 32 carries. That is a measly 2.7 yards per attempt. The backup, Giovani Bernard, hasn’t fared any better, though, as he has 16 carries for just 32 yards (a 2.0-yard average).

Taking over as the starting quarterback certainly wasn’t the role that Rudolph envisioned at the beginning of the season, but it is the one that he has been thrust into. Now Rudolph needs to take advantage of it. On the season, Rudolph is 26 for 46 for 286 yards, four touchdowns, two interceptions and has taken two sacks. His leading receiver is JuJu Smith-Schuster, who has 14 catches for 243 yards and a touchdown.

Like the Bengals, the Steelers really need to establish their run game in this one. James Conner, after breaking out last season, has gotten off to a quiet start. He has rushed 34 times for just 97 yards and a touchdown, although he has added 11 catches for 70 yards through the air.

Defensively, the Steelers are led by Terrell Edmunds (28 tackles), Stephon Tuitt (3.5 sacks) and both Minkah Fitzpatrick and T.J. Watt (one interception apiece).

There is no clean pick in this one because both of these teams have been outright awful this season. I still think that the Steelers have more talent, particularly with players like Conner and Smith-Schuster, but they have yet to truly get the most out of them.