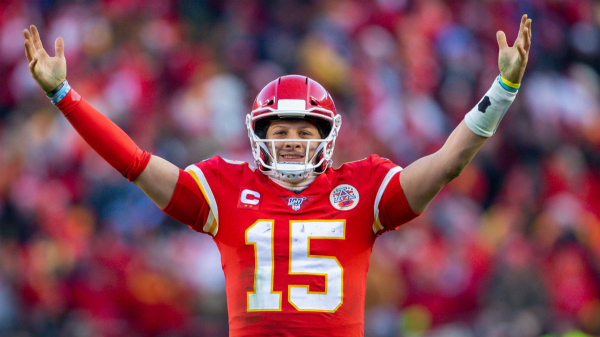 Week 14 of the NFL regular season featured arguably the best game of the year, as the Baltimore Ravens and Cleveland Browns duked it out in a memorable shootout in Cleveland. In the end, another Justin Tucker game-winning field goal lifted the Ravens to a 47-42 win.

It was a huge win for the Ravens, who are one of the teams who had positive movement from last week to this week in the latest NFL futures odds. At the top, however, it’s still the Kansas City Chiefs who remain the championship favorites after picking up their eighth straight win to move to 12-1. With the Pittsburgh Steelers dropping a second game in a row and the New Orleans Saints’ nine-game win streak coming to an end at the hands of new starter Jalen Hurts and the Eagles, the Chiefs’ position as the team to beat is even stronger.

Here’s a look at the latest NFL title odds, along with a look at how some of the other notable NFL futures shake out heading into Week 15.

Even after a stunning home loss to Washington ended their 11-0 start, Pittsburgh still looked to be in a strong position as one of the leading championship favorites. But the Steelers did not look good at all offensively in a 26-15 loss at Buffalo on Sunday night. Ben Roethlisberger threw two interceptions and was held to a season-low in completion percentage, and the AFC North leaders managed only 224 total yards.

After being +550 to win the NFL title just two weeks ago, the Steelers are now out to +1300 after their second straight defeat. Meanwhile, the Chiefs’ odds to repeat are even shorter now that they are alone atop the AFC and on track for homefield advantage.

The most notable leap of the week belongs to the Ravens, who were +2600 last week but are now at +1700. The Ravens are currently 8th in the AFC, edged out by fellow 8-5 team Miami on a tiebreaker, but have a more favorable schedule over the final three weeks (vs. the Jaguars and Giants, at Cincinnati) than the Dolphins (vs. the Patriots, at the Raiders and Bills).

In the AFC, the Chiefs are also now a heavy favorite to win the conference title after their 33-27 win at Miami. Patrick Mahomes threw three interceptions, one more than he had thrown all season, but he also threw for 393 yards and two touchdowns to further strengthen the likelihood he will win his second MVP in three seasons. Mahomes is on track for his second 5,000 yard season and is a -210 favorite to be MVP, ahead of Aaron Rodgers (+155) who threw three touchdown passes Sunday at Detroit to take his league-leading total to 39.

In the NFC, the Green Bay Packers are now a slight favorite thanks to the Saints’ loss. Both teams are now 10-3, but the NFC North champion Packers hold the tiebreaker due to their 37-30 win in New Orleans in Week 3. That was the last time the Saints had lost until Sunday’s 24-21 setback in Philly.

They may not have a new name yet, but they may soon have their first NFC East title since 2015. A 23-15 win at San Francisco on Sunday was Washington’s fourth in a row, the last three of which have come on the road.

Washington lost Alex Smith to injury and managed only 193 yards on offense, but a pick-six in each half helped them to a pivotal win. 6-7 Washington is now -260 to win the division, ahead of the 5-8 New York Giants, whose four-game win streak ended with a 26-7 home loss to Arizona. The Eagles stopped a four-game slide with their much-needed win over the Saints to move to 4-8-1 and keep their hopes alive for another week.

As a result of Washington’s surge to the top of the NFC East, the Coach of the Year odds have significantly tightened. Steelers coach Mike Tomlin is the favorite at +160, with Rivera now at +350 and Miami’s Brian Flores at +430.

Here is the remaining schedule for each NFC East contender, including the 4-9 Cowboys, who need a lot to happen to somehow win the division but are still mathematically in the mix.

In another undecided division race, the top two in the NFC West are both 9-4, but the Rams (-180) hold the edge over the Seahawks (+150) in the latest NFC West title odds. Elsewhere, both AFC South leaders are also 9-4, but the Titans (-155) are favored over the Colts (+130) heading into favorable Week 15 matchups for both teams.

All odds via Fanduel Sportsbook.