Chicago Bears Want Their Piece of the Sports Betting Pie 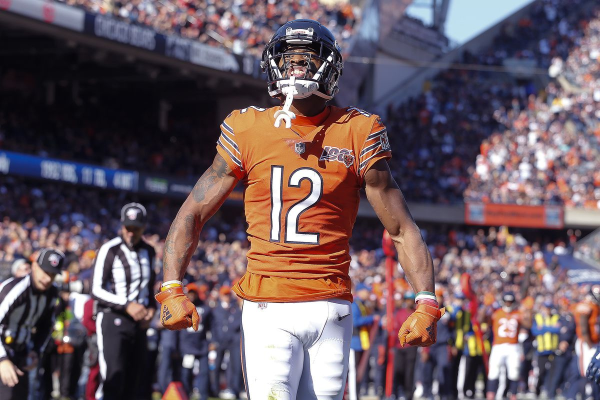 The Chicago Bears join an impressive list of NFL teams that are now on board with sports betting. One of the league’s oldest franchises recently announced their new partnership with the sportsbook PointsBet.

PointsBet’s logo and other business insignia will be displayed at Soldier Field. The President and CEO of the Chicago Bears, Ted Philips, issued a statement about the partnership.

PointsBet has been hard at work during the pandemic to add as many NFL teams as possible to their impressive portfolio. The CEO of PointsBet, Johnny Aitken, weighed in on the new partnership between his company and the Bears.

PointsBet’s convenient retail presence in Chicago will soon debut at four sites that flank every corner of Chicagoland. Hawthorne Race Track in Stickney represents the flagship retail location. There will also be off-track betting at premium sportsbooks launching in Prospect Heights, Oakbrook Terrace and Crestwood.”

There was another huge announcement by PointsBet, signing a partnership with with legendary former Bears player Devin Hester. Dubbed “the greatest kick returner of all time”, Hester played for the Bears from 2006 to 2013.

Hester’s role with PointsBet is as an educator of sorts. He will be providing insightful content to fans and sports betting players. A source with the company said they know teaming with Hester, who is also a business partner of PointsBet, will bring in many new players to sports betting.

Hester will be bringing in his expertise in football and Chicago sports in general. PointsBet’s CEO Aitken recently discussed their target market of Chicagoland. Aitken who hails from Australia, said that PointsBet is the fourth partnership in Illinois.

He said that sports betting has been live in Illinois for about two weeks, and it’s been ‘a very historic kick off.’ adding that actually getting sports betting up and running in the state has been very challenging.

Aitken feels he and his team at PointsBet have played an integral role in ironing out all the issues, so that sports betting could finally launch in the state. PointsBet started to take sports bets in Illinois right before NFL Sunday.