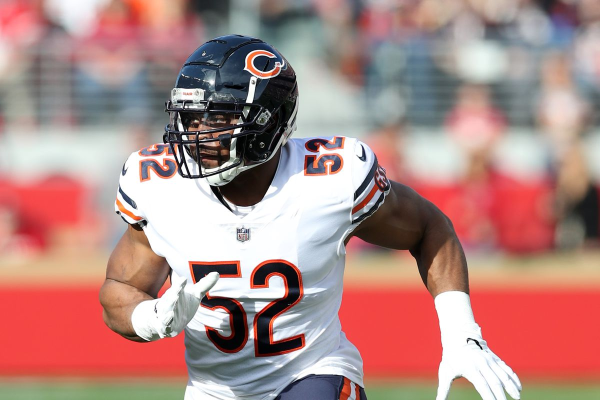 The Chicago Bears came out of nowhere to win the NFC North in 2018 under new head coach Matt Nagy. The Bears got it done with the best defense in the league and an offensive playbook that was hard for opposing teams to figure out. Chicago returns almost its entire roster from a season ago, but they won’t have the luxury of sneaking up on teams in 2019.

The Bears finished the regular season with a 12-4 record, which earned them a first-round matchup with the Philadelphia Eagles in the playoffs. Chicago’s season ended with a disappointing home loss to the Eagles on a missed field goal. The Bears were the best team in the league against the spread a season ago, posting a 12-5 record including the playoffs.

Losing defensive coordinator Vic Fangio to the Denver Broncos was a huge loss for the Bears, and they have replaced him with Chuck Pagano. The Bears did bring in Ha Ha Clinton-Dix to shore up their secondary, which was the only weak spot of the defense a season ago. Chicago traded their top running back, Jordan Howard, to the Philadelphia Eagles but replaced him with some better pass catchers. This Bears team didn’t need to make a ton of offseason moves as they have almost everyone coming back.

Mitchell Trubisky: The Bears will only be as good as Mitchell Trubisky allows them to be. Trubisky threw for over 3,600 yards and 24 touchdowns a season ago but needs to improve on his 12 interceptions.

Khalil Mack: Mack had 12.5 sacks in 2018 and forced six fumbles despite missing three games. Mack is the best player on a Bears defense that is loaded with talent, and he draws a ton of attention from opponents.

Kicking Game: Whoever emerges as the starting kicker for the Bears will have plenty of pressure to deal with. The Bears made just 23 of 30 field-goal attempts a season ago, and the one big miss kept them from advancing to the playoffs. Elliot Fry and Eddy Piniero are battling it out in training camp.

Rookies: The Bears had just five draft picks in the 2019 NFL Draft, but they were able to land some great prospects. Running back David Montgomery should take over for Howard in the backfield, and wide receiver Riley Ridley looks like a future star.

Here is a quick look at the odds for some of the best prop bets available on the Chicago Bears for the 2019 season.

Even though the Bears won’t be the underdog this season, they still have one of the most talented rosters in the entire league. The defense will still have the capability to completely shut down an opponent, and the offense should be much improved in year two under Nagy. Betting the OVER on the win total is a smart move here, as the Bears should at least win 10 games. The Bears are given pretty good odds to win the NFC and the Super Bowl, but they are still a year or two away from that. Chicago will be great again this season, but there are still some better teams out there.