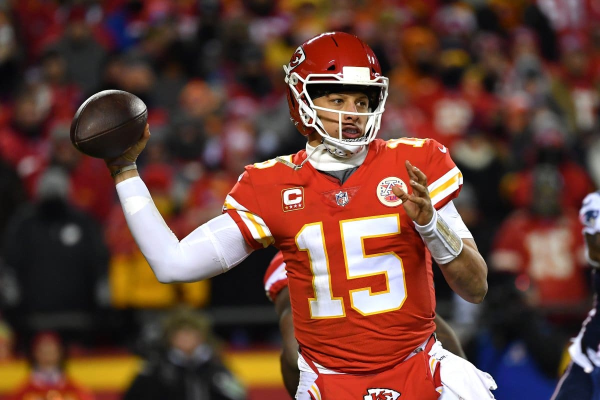 Both teams will try to build momentum after winning their season openers. Perhaps more importantly, however, this game counts almost double in the standings since it is against a division foe.

Kickoff is set for 4:25 p.m. ET at SoFi Stadium in Inglewood, Calif.

The Chiefs outscored the Texans 24-0 in the second and third quarters on their way to a 34-20 home victory. They were ahead 31-7 midway through the fourth quarter and, with the closing line anywhere from -9 to -10, cruised to an ATS win.

The Chargers scored 10 points early in the fourth quarter on their way to a 16-13 road victory that pushed the closing line of -3. Bengals kicker Randy Bullock missed a field goal as time expired.

Last week the Chiefs were 7-point favorites at most sportsbooks, but their easy win combined with the Chargers squeaking past the Bengals quickly moved the line in the Chiefs’ favor. As of Friday night, the Chiefs were -8.5 at both DraftKings and FanDuel.

The over/under total has ticked down from 49 on the opener to 47.5 at both web sites.

Trends are usually a good thing to keep an eye on, but they’re worth more when the teams are as familiar with one another as the Chargers and Chiefs. In this case, the head-to-head trends favor the Chiefs.

If you want to be sharp, place a bet on the under for Chiefs QB Patrick Mahomes’ passing yards. On DraftKings, his over/under total is 285.5. On FanDuel, that total is 283.5. Mahomes is awesome, but he doesn’t have a great track record against the strong Chargers defense. His career-best total against the Chargers in four games is 256 yards. In two games against them last season, he had 182 yards and 174 yards – his second and fourth lowest totals of the season. They were also his second and third lowest passer ratings of the season.

It’s difficult not to like the Chiefs in most spots. They are coming off a Super Bowl championship, and they opened this season with a dominant win over a Texans team that won a playoff game last season and had a big lead on the Chiefs in the divisional round.

The Chargers, on the other hand, barely eked out a win over the Bengals, who were debuting a rookie quarterback after winning two games the previous season. Put it all together and it seems like the Chiefs should roll on Sunday.

The NFL has a way of coming back to the middle, though.

The Chargers got their first game with new QB Tyrod Taylor out of the way on the road, and now they get to return home to face a team they know as well as any other. All the betting trends point to Kansas City covering, but 8.5 points is a big number to lay on the road in a divisional game.

It might not be fun, but we recommend taking the Chargers at +8.5 points.

A bet on the under won’t be easy to stomach either, but the trends point toward that as the best bet. Good for you if you got it at the opening total of 49, too. The under is 6-1 in the Chiefs’ last seven games against the AFC West. The under is also 6-1 in the Chargers’ last seven home games, and it is 10-2 in their last 12 games as a home underdog.

We recommend a bet on under 47.5 points, but don’t let it get any lower than that before you take it.