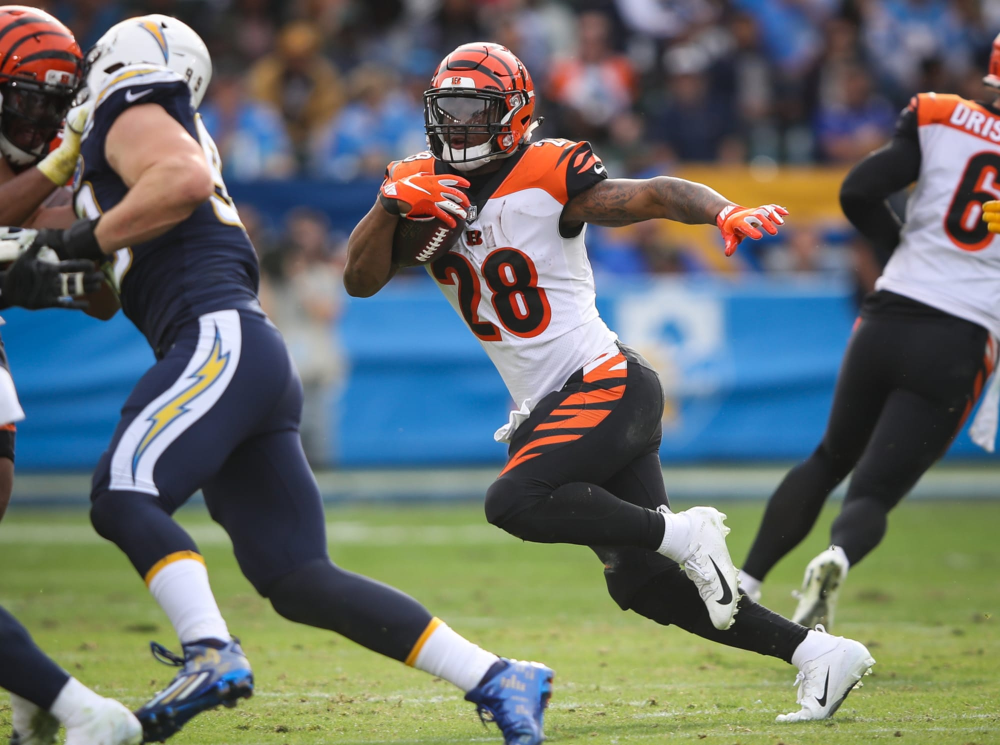 The Los Angeles Chargers visit the Cincinnati Bengals Sunday, in what will be a fascinating matchup for a few reasons. For starters, both teams will debut new quarterbacks. The Bengals selected Joe Burrow out of LSU with the number 1 overall pick in the draft, and the team has not hesitated in announcing he will be the starter right away.

Burrow is as ready as any player could be (at least any player without a preseason or a real offseason) in this situation as he saw it all in college, having won the national championship in January. He’s also an older rookie, turning 24 before the season ends. On the other side, the Chargers will start Tyrod Taylor, who has been long coveted by head coach Anthony Lynn. Lynn is a former Buffalo assistant, so he’s worked with Taylor before. Taylor may only be a place holder as the Chargers drafted quarterback Justin Herbert out of Oregon with their first round selection.

The hard part about betting Burrow is that so much is unknown. With no preseason games this year, we haven’t even been able to get a look at his arm strength or his savvy in the pocket, let alone his ability to move a team up and down the field. The good news is that he has a full compliment of offensive weapons, which the franchise has not been able to say in a long time.

AJ Green returns to the fold after an absence of almost 2 years. He last played a football game on December 2, 2018, catching 1 pass for 7 yards. The 32 year old Green may or may not have a anything left in the tank; it’ll be interesting to get a look at him. Even if he’s not the #1 receiver he used to be, Burrow can lean on Tyler Boyd, who is primed for a huge season after notching his 2nd consecutive 1,000 yard campaign last year. Burrow will also have the speedy John Ross at his disposal and a healthy Joe Mixon in the backfield.

One very key factor in defending that receiver group is that Derwin James, star safety for the Chargers, is out for the year. He missed most of last year too and it showed in the numbers. The Chargers allowed an average of 15.7 points per game when he played in his rookie year in 2018. Last year, with largely the same group minus James, the number rocketed up to 21.6. Burrow may be a rookie, but the Chargers secondary does not have the personnel to chase around the Cincy pass catchers. Look for the Bengals to put the ball in the air. Remember, head coach Zac Taylor comes from the Sean McVay coaching tree. He was recently a wide receivers coach and a quarterbacks coach with the Rams. Those positions are in his wheelhouse.

Conversely, the Chargers hand the starting quarterback gig to Taylor with Philip Rivers now gone to Indianapolis in free agency. Taylor has always been a serviceable if not spectacular NFL QB, so he can move the ball, but the dynamic nature of the Chargers offense during the Rivers years may take a step back.

Here’s an astonishing stat: Taylor has started 46 games in his NFL career. He has thrown for 300 yards or more in a game a total of… 1 time. This is significant to the over/under line in this game. Taylor-led teams, and teams coached by Lynn for that matter, love to run the ball. Austin Ekeler should get a ton of work in this and all his games this year. The under (42) at -110 is mighty tempting here as the Bolts may well play employ a field position type approach with a strong ground game.

The Bengals were one of 8 teams to give up 420 points or more last year, so their defense needs work. But the Chargers approach may play into the hands of a team with a rookie QB by keeping the game low scoring and close.

The two traditional bets I really like in this game are the Bengals at +3 and the under 42. As mentioned, it’s hard to imagine the Chargers running up the score because they don’t have a dynamic enough passer to do so. In fact, one team prop I also think is a solid play is the Chargers under 22.5 points for the game at -107. With a new starting QB playing on the road, I think it may take them a little while to get their engines running.

Meanwhile, in Cincinnati, there is excitement and optimism because of the arrival of Burrow. That energy could carry them in this game, which I see as staying close. That said, you may consider the Bengals prop of under 9.5 first half points at -107 seeing as this will be Burrow’s first NFL rodeo. Another fun possibility would be to bet the Bengals winning by at least a touchdown. You can get Cincy to win by 7-12 points at +575.