Can the Chargers Finally Get Another Road Win as They Take on the Patriots in Foxboro? 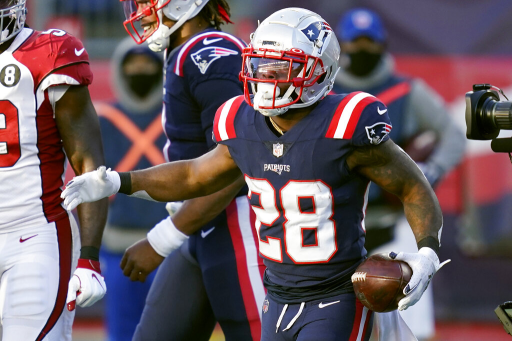 The Los Angeles Chargers will take a trip east to play the New England Patriots in Foxboro this Sunday, December 6th, at 4:25 p.m. EST. The Chargers are last in the AFC West this season at 3-8; they are coming off a 27-17 loss to the Buffalo Bills. The Patriots are third in the AFC East at 5-6, coming off a huge 20-17 victory against the Arizona Cardinals.

Although the Chargers have the worse record, they average more points per game than the Patriots; 25.2 as opposed to 20.8. The Patriots defense allows over 350 yards of offense per game, and they are facing a Chargers offense that can air it out. Los Angeles’ rookie quarterback Justin Herbert has proved he is more than capable of putting up huge numbers, and he matches up well with a New England pass defense that ranks 14th in the NFL.

This spread is a tough one; it depends on how these defenses play. If the Chargers let Cam Newton get going, the Patriots could score many points. The same goes for the Patriots and stopping Justin Herbert. The Patriots defense has allowed 23.2 points per game on average, while the Chargers allow 27.3. New England matches up better defensively, and future Hall of Fame coach Bill Belichick will be sure to dial up some play calls that confuse the young Chargers QB; he could have a tough game.

The Patriots will be comfortable at home with the matchup advantage in this game. They have the better team and defense, matching up well versus an inexperienced quarterback, so they are a great underdog to choose this week if you are feeling lucky. Bill Belichick is not used to losing and will surely have his team amped up as they try to make a final push towards the playoffs.

The Chargers are favored in this game, but they have not proven themselves this year. It would be more of a risk to bet on them than so with the underdog Patriots, who have the better overall record. Los Angeles could very well win this game if their offense performs well, but their inconsistency throughout the year should be kept in mind before betting on them. In their six road games this season, they have only won once, in Week 1 against the Cincinnati Bengals. Will they be able to get the job done on the road this week?

The average points scored and allowed by both teams cover the over for total points in this matchup. These offenses will both have favorable matchups that they will look to exploit. Cam Newton will be facing a Los Angeles defense that is prone to giving up high scoring games; they have allowed 27 or more points in their past eight games.

The Patriots’ defense has been better at limiting opposing points; still, they have given up more yards per game on average. If Herbert and the Chargers offense can successfully convert their third downs and red zone opportunities, they will put up many points.