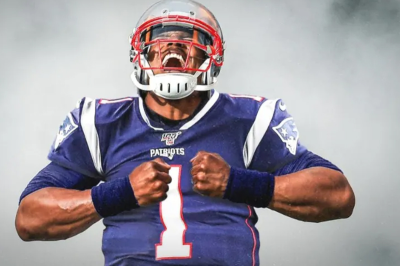 The New England Patriots are an interesting team. No one knows just how well or poorly they will do.

New England is entering a new era. Tom Brady has been their starting quarterback for two decades. Now someone new will be under center.

For a while we didn’t know who that would be. Would Jarrett Stidham or Cam Newton win the job? The answer was the most probable outcome. Newton has been named starter for the New England Patriots.

Now that Cam Newton has been named the starter for the New England Patriots, they are a team that bettors should keep an eye on.

This should get New England Patriots fans as well as bettors excited. Newton is a former NFL MVP who has appeared in a Super Bowl. It’s clear that he has the talent. He can kill you with the deep ball as well as his feet.

The line for the Patriots win total this season is set at 9.5 wins according to Fanduel. Bettors should be jumping all over this.

New England still has one of the best defenses in the NFL. Lead by Stephon Gilmore, New England will be able to win games even if their offense is struggling. Also with Newton as quarterback, the offense should do just fine. Bettors should be smashing the over for New England’s win total this season.

Also now that we know Newton is the starting quarterback, you can make some money on New England winning the AFC East. Fanduel has them at +125 to win the division. Those are great odds for a team that seems to be a lock to win the division year in and year out.

There is also some money to be made if you are confident in Newton’s skills now that he has been named the starting quarterback. Fanduel has the line for Newton’s passing yards total set at 2,799.5. He should easily reach this especially with Julian Edelman at wide receiver. It’s very likely that Newton reaches 3,000 yards.

Finally there is an interesting prop if you feel confident in Newton and the Patriots. Currently Fanduel has a bet that has Tom Brady and the Tampa Bay Buccaneers missing the playoffs and the Patriots making the playoffs. If you like New England’s chances and doubt Brady will have the same success down in Florida there is some money to be made.

So now that we know Cam Newton is the starter for the New England Patriots, it’s time for bettors to ride with the team and make some money.