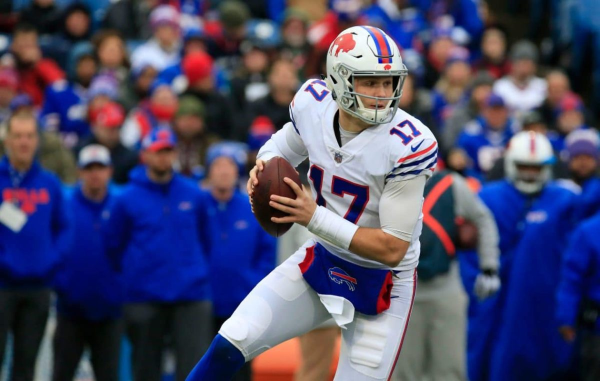 The Buffalo Bills made a return to the playoffs in 2017 but took a few steps backwards in 2018. Buffalo struggled mightily on offense in 2018, but their defense was the second-best unit in the entire NFL. The Bills have been acquiring young talent over the last few seasons, and there is plenty of optimism in Buffalo that 2019 should be another playoff season. Buffalo has a very favorable schedule and should challenge for the second spot in the AFC East.

The Bills went just 6-10 in 2018 and finished in third place in the AFC East. Buffalo was a little better in terms of betting last season, finishing with a 7-9 record against the spread.

The Buffalo Bills knew that something had to be done to fix their offense, and they went out and signed veteran running back Frank Gore. Gore might be nearing the end of his career, but he should provide a huge boost in the backfield. Defensive tackle Kyle Williams retired in the offseason, leaving a massive hole on the defensive line. The Bills tried to address this issue both in free agency and in the 2019 NFL Draft.

Josh Allen: Allen will be in his second year in the NFL and should show signs of improvement this season. Allen threw just 10 touchdowns to 12 interceptions in 2018 and completed just 52 percent of his passes. If the Bills are going to score more points this season, he has to be better.

Frank Gore: Frank Gore is nearing the end of his borderline Hall of Fame career, but he should be a huge upgrade in the backfield in Buffalo. Gore ran for over 700 yards in Miami a season ago and is a proven workhorse. The Bills have a ton of depth at the running back position, but Gore should win the starting job.

Tremaine Edmunds: There will be a lot of pressure on the Bills defense to be great again this season, and that means that Tremaine Edmunds must play well again. Edmunds led the team with 121 tackles last season and also had a pair of sacks. Buffalo should have a top-10 defense this season.

Rookies: Defensive tackle Ed Oliver was the first-round selection of the Bills, and he should start from day 1. Oliver was an absolute monster in college and has all the skills necessary to play at the next level. Running back Devin Singletary will likely get a chance to earn time on the field this season as well.

Here is a quick look at the possible prop bets surrounding the Buffalo Bills heading into the 2019 NFL season, including the Vegas win total.

The Bills struggled to do much of anything on offense a season ago, but there should be a ton of improvements made heading into 2019. Most people are counting the Bills out of the playoff race, but that seems to be a bit premature. There is plenty of talent on this Bills roster, and they should factor into the Wild Card mix in the AFC. Seven wins is the Vegas win total this season, and they should go OVER that mark, at least getting to the .500 mark. That’s the best prop bet to make on the Bills as they don’t realistically have a chance to knock off the New England Patriots.