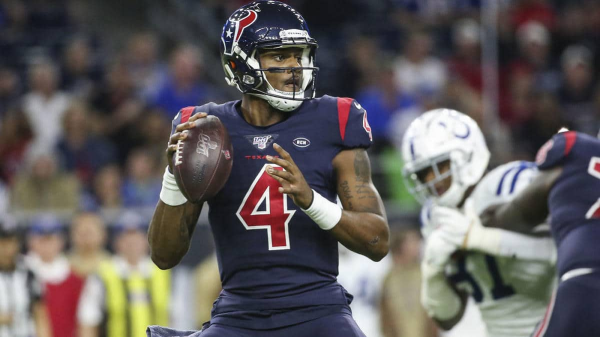 Kicking off the Wild Card weekend this Saturday are a couple of hard-luck playoff teams in recent years. The Buffalo Bills take their talents to Houston to battle the Texans to try to advance to the second weekend in the playoffs. The Bills are making their second playoff appearance this century, while the Texans are 1-3 in the playoffs under Bill O’Brien, and have lost their last two games.

While a lot of the shine from this matchup comes from the excitement of the weapons in Houston’s offense versus the high-powered Buffalo defense, one can’t help but wonder how Bills kicker Stephen Haushka feels headed into the matchup, given the Bills’ track record in the playoffs.

Surely the distant history won’t creep into his mind, but he should avoid any video of the NFL playoffs from the early 1990s, just to be safe. FanDuel has the Texans favored by 2.5 in this one, with an over/under of 43.5.

What You Look For

This game offers a lot that the NFL fan looks for headed into playoff games. A couple of teams stacked on the side of the ball that has to square off with one another. The Bills’ defense finished the regular season ranked second in the league, only allowing 16.2 points per game, just behind the Patriots’ 14.1.

They also rank third in opponents’ yards per game and are one of only three teams that allow fewer than 300 total yards per game. They sit just behind the Patriots and 49ers, allowing 298.2 per contest.

Offensively, Josh Allen has to get his guys on par with the defense. The Bills have some talent and speed in running back Devin Singletary and receiver John Brown, and Allen himself also looks like he has a bright future.

But the Bills need a collaborative effort from everyone to collect their first playoff victory since 1995. Look for veterans Cole Beasley and Frank Gore to step it up and show the young guys how to play playoff football on Saturday, possibly sparking the offense.

Houston’s defense should come out much improved and fired up with the return of J.J. Watt. Although Watt will only be deployed strategically throughout the game, it only takes him a few plays to be a total game-wrecker.

When he’s on the field, the Bills will be forced to give him a lot of attention, whether he’s coming at them 100 percent or not; they can’t take the chance. This should give guys like Zach Cunningham and Bernardrick McKinney, who have led the defense all season, a chance to do some damage.

The Texans’ receiving group comes in a little banged up, but is rather deep, giving Deshaun Watson a lot of options. Leading receiver DeAndre Hopkins was ill last week, but he comes into this matchup mostly healthy. Hopkins is a matchup nightmare, but will likely line up against lockdown corner, Tredavious White. It could be a matchup for the ages.

As of now, Will Fuller and Kenny Stills’ statuses are up in the air, making them game-time decisions, which leaves guys like Deandre Carter with possibly some large shoes to fill Saturday.

Many bettors will be blindly throwing darts this weekend, as some tight and odd games will be played. But not us; we never throw darts, right? Buffalo has been very good at covering this season, as it is 9-5-2 against the spread, covering 64.3 percent of the time.

Houston did not cover well during the regular season, as it was 7-8-1 against the spread, covering only 46.7 percent of the time. Houston is a measly 2-6 against the spread at home, while Buffalo is 4-0-2 as the road dog this season, giving it the nod as my pick to cover. Take the Bills to cover the +2.5 in this one.