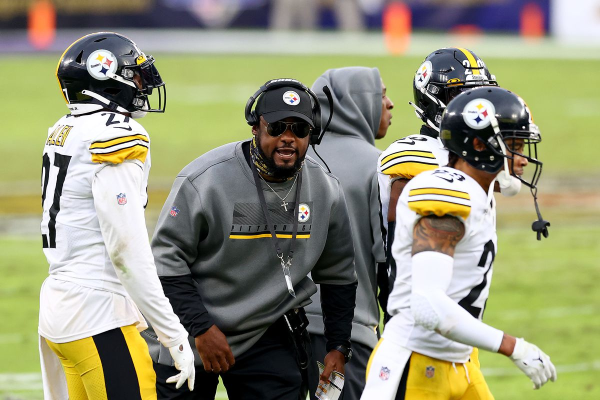 The Pittsburgh Steelers are currently the only undefeated team in the NFL, and while some of that has to do with strength of schedule, they have also proven themselves as a force to be reckoned with. Whether other fans want to admit it or not, going undefeated for this long is an art, and is something that should be heavily celebrated by Steeler nation.

While it’s a perfect time for celebration for Steelers fans, one also must wonder if they can turn this momentum into going undefeated? Furthermore, can they then take on some of the best teams in the league during the playoffs and keep their undefeated record going all the way to the Super Bowl? What happens if they make it that far and who will they face for the Lombardy trophy?

Let’s Take a Look at the Odds

According to Fanduel.com, The Pittsburgh Steelers currently stand at +2500 odds of going undefeated this year, and could be a contender for the Super Bowl. Of course, they have another six games to go, and two playoff games, but they could end up giving the 1972 Miami Dolphins a run for their money. They could also be the NFL’s new super team after the demise of The Patriots this season.

Again, some of this has to do with the lightweights they will be facing in the final games of the season, but it really comes down to how much of a juggernaut the Steelers are. Keep in mind that Ben Roethlisberger has completed no less than 58% of his passes in a game this season, and holds a touchdown to interception ratio of 24 to 5.

As for the defense, they are ranked 4th in the league, and have only given up 3069 yards this entire season. Sure, they might not have been against the top offenses in the league, but the kind of dominance they have been is amazing. It’s also what could drive them to a Super Bowl in 2021.

The Steelers Chances of Making it to The Super Bowl?

When it comes to the odds of the Steelers making the Super Bowl, they currently stand with the fourth best odds of any team in the league with +900. The only teams ahead of the Steelers are the Kansas City Chiefs, the Baltimore Ravens, and the Tampa Bay Buccaneers, who are all currently facing different problems. Beyond that, the teams in front of the Steelers just don’t seem playoff ready at the moment.

For example, what if Tampa Bay and the Steelers meet in the playoffs? How is Tom Brady going to fair against the fourth best defense in the league when he is already struggling? Or, what about The Baltimore Ravens, who are having trouble with Lamar Jackson? Does anyone seriously think that the Ravens are going to pose any threat with how limited he has been in the last couple of games?

In the end, going undefeated is a very noble task to take on. It is also something that will enshrine The Pittsburgh Steelers into NFL history forever if they are successful. While watching the Steelers go undefeated would be memorable, nothing is going to mean more to them than winning another Lombardy trophy.