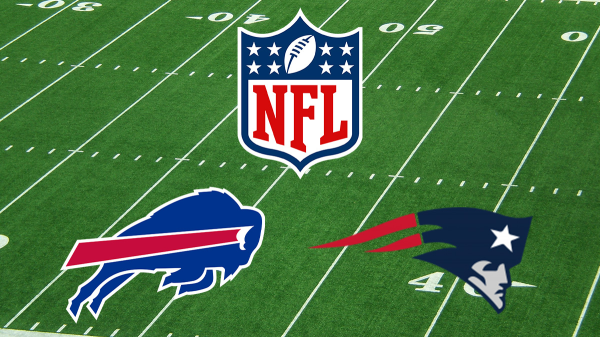 Monday, the 28th of December, will see the latest entry into the age-old rivalry between the high-flying Buffalo Bills and the storied New England Patriots. While the former seems to have found inspired form and the latter seemingly faltering of late, any matchup between them always seems to come with entertainment, controversy, and anticipation in equal measure.

The game will air on CBS Sports and the NFL Network, with the kickoff time set to 8:15 pm on the day. Being the only NFL game slated for Monday, the Bills will face the Patriots at the majestic Gillette Stadium.

Meanwhile, FanDuel has moneyline odds at -335 for the Bills and +270 for the Patriots. The Bills also have the 7-point spread at -108.

A Short Recap of Both Teams’ Seasons

The Bills are on a stellar run of form. Currently standing top of the AFC East division, the boys from New York have mustered a record of 11-3-0. Their most recent defeat was way back in November 2020 when they fell narrowly to the Cardinals in a 32-30 final score. Since then, the Bills have resumed their typical winning ways, with convincing victories against the Chargers (27-17), 49ers (34-24), Steelers (26-15), and the Broncos (48-19).

The Bills’ most recent game – a victory away at the Broncos – has, perhaps, been the best summary of the Bills’ season so far. Josh Allen’s inspired offensive play came clutch as he scored four touchdowns in addition to almost 400 all-purpose yards. Cole Beasley and Stefon Diggs also ran riot, making a repeated mockery of the Bronco’s top-ten passing defense.

The Patriots, on the other hand, are opposites. With a third-place berth in the same AFC East division, the franchise has only managed a 6-8-0 losing record. To put it bluntly, this Patriots team isn’t the same one that defeated the Rams to win the Super Bowl to cap off an excellent 2019 season.

The Patriots’ record over the last five games has been something of a mixed bag. With only two wins during this period, the Boston-based franchise goes into Monday’s game on the back of a 22-12 thrashing away at the Miami Dolphins’ hands in Week 15.

Talking Points Ahead of the Game

The Patriots, following that loss to the Miami Dolphins, have been completely knocked off playoff contention. Since the 2008 season, this is the first time the Pats find themselves in such a predicament. It’s safe to say that the Patriots have little to play for outside of divisional bragging rights. This status-quo might affect the team’s motivation come Monday.

The Bills, on the other hand, seem to be inspired ahead of the game. With it being their last on the road, the team would want to use it as a primer for the postseason. More importantly, quarterback Josh Allen and wide receiver Stefon Diggs will look to solidify an already formidable record-breaking partnership even further.

Taking the Bills on all Fronts

With the form that they’re currently in, it’s tough to see any team in the NFL come away with a result against the Bills, let alone an underwhelming Patriots team. Allen is on his way to breaking Jim Kelly’s single-season touchdown pass record of 33. Diggs is also 55 receiving yards away from surpassing Eric Moulds’ single-season record of 1,314.

As things stand, this demotivated Patriots team doesn’t look to have enough resilience and firepower to overcome the Bills’ dogged offense. I’d take the Buffalo Bills on the moneyline and spread.