Biggest (And Most Intriguing) Games Of The 2020 NFL Regular Season 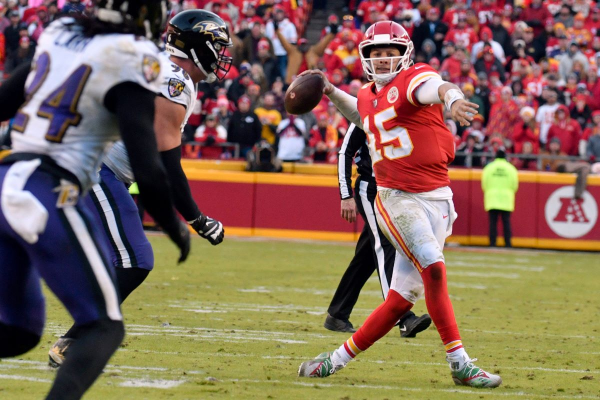 As the rest of the sports world continues to plan out their respective returns to the field, court, ice, or pitch, the NFL keeps chugging along. This time, professional football dominated the sports news cycle with the release of its 2020 regular-season schedule.

We’ll get to the most scintillating matchups of the year shortly, but let’s first take a look at some notable caveats to the upcoming season.

First, commissioner Roger Goodell sent a memo to teams saying the league will make adjustments to the schedule if necessary. Some reports are saying any delay to the season would be handled by moving the delayed weeks of the season to the back end of the schedule, and pushing the Super Bowl several weeks, if necessary.

Due at least in part to the fact that the NFL could be forced to reschedule games, every team shares the same bye week as their Week 2 opponent.

If things proceed as scheduled, the NFL will hold its first Friday game since 2009 when the Vikings take on the Saints on Christmas Day.

In Weeks 15 and 16, the league has designated five games of which up to three could be moved to Saturday. The NFL will give notice of any change at least four weeks ahead of the game.

Now let’s take a look at some of the biggest games of the 2020 NFL season.

It won’t take long for Tom Brady and the new-look Tampa Bay Buccaneers to have a chance at proving their might. They’ll travel into New Orleans to take on Drew Brees’ Saints on the first weekend of the season.

This game puts Brady’s streak of 74 consecutive games as the favorite in jeopardy, as New Orleans is currently a 4.5-point favorite at FanDuel Sportsbook.

In what could be an AFC Championship Game preview, the reigning champs will head into Baltimore to face Lamar Jackson and the Ravens.

This game will feature the two leading MVP candidates in Patrick Mahomes (+380) and Jackson (+600), as well as the two Super Bowl favorites. Kansas City owns odds of +650, narrowly edging out Baltimore’s +700 odds.

Yes, this one falls into the category of “intriguing” rather than “meaningful,” but it has the potential to be a great watch nonetheless.

First overall pick Joe Burrow is currently on track to be the Bengals Week 1 starter. If Tua Tagovailoa can break into the starting lineup in Miami, we’ll get the rookie QB matchup we crave.

For now, neither team owns better odds than the Dolphins’ +8000 to win the Super Bowl.

After falling well short of their Super Bowl aspirations in 2019, the Cowboys are once again set to begin the season as a championship contender in 2020. A Week 15 clash with the reigning NFC champs will go a long way toward determining whether or not new coach Mike McCarthy has his team on track.

If last year is any indicator, this matchup could be monumental. In 2019, both matchups between these west-coast rivals went down to the final seconds, finishing with a split series and deciding the division in favor of the 49ers.

This season, the NFC West is likely to be decided as these two squads matchup for a final-week contest yet again.

While San Francisco is the NFC favorite with odds of +460, Seattle is currently tied with Philadelphia with the fifth-best odds of +1000.