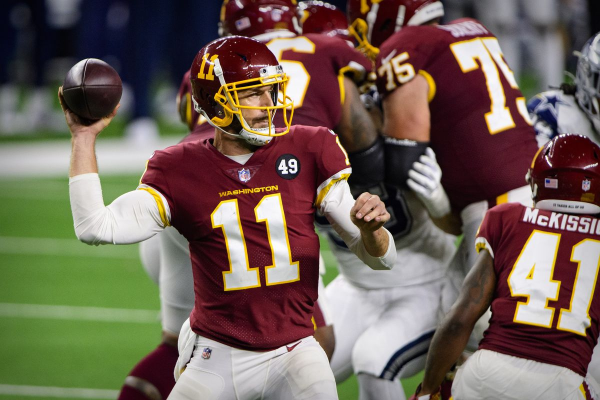 The books are heavily favoring the Pittsburgh Steelers (11-0) over the Washington Football Team (4-7) in this contest. The Steelers remain the only undefeated team in the NFL with an impressive 11 wins. The Steelers are going to be playing on short rest after a Wednesday night game. The Steelers defense seems to be impenetrable as it leads in sacks, takeaways, and fewest points allowed. The Wash. FT is currently riding a two game winning streak and sit atop the NFC East with an abysmal 4-7 record. The Wash. FT last played Thanksgiving’s Day.

Betting Advice:The Steelers defense is unlike anything Washington has faced this season. Big Ben continues to throw the ball well and can score using a variety of weapons. The Steelers should run away with this game. Betting the spread could easily double your money.

Journeyman quarterback Alex Smith has returned from injury to rejuvenate the Washington FT’s offense but with mixed results. With Smith only throwing an average of 150 yards for one touchdown and one interception against the Cowboys and the Bengals and has not faced a winning team since being subbed in against the Rams in mid-October. Surely, Smith will be facing a defense lightyear ahead of what he is seen this past month.

Washington’s running game has not been a beauty for the past two games as well. Running back Antonio Gibson is playing at a superstar level that could give the Steelers a serious headache. Scoring 3 touchdowns against Dallas last week and a 11 total for the year.

Washington Score First and Win (+370)Advice: Washington has a two game winning streak and a solid defense. The Steelers are on short rest and looked sloppy against the Ravens. A good bet with a solid payout.

Washington Score First and Lose (+250)Advice: The Steelers are known for starting slow. Washington could quick strike and score first before the Steelers wear-down the offensive line. Still a good bet with a good payout.

Big Ben Roethlisberger is leading the undefeated Steelers into the final stages of the regular season as he has thrown for an impressive 25 touchdowns and 2,800 passing yards this season. Though we have seen him struggle a bit against the Ravens, we are expecting him to break through against the Washington’s defense.

The Steelers will be without lead back James Conner this Monday and backup Benny Snell Jr. eked out 60 yards in an ugly win against the Ravens. But looking forward, breakout star and rookie, Chase Claypool lead the team with 8 touchdowns and 611 yards. JuJu Smith-Schuster and Diontae Johnson both have over 500 yards receiving this season. And Big Ben connected with 8 different receivers against Baltimore. Opposing defenses simply have too many receivers to cover which makes this game and interesting matchup.

Pittsburgh Steelers Win by 13-18 (+500)Advice: The Steelers would have to win by two touchdowns and a field goal. The Steelers have been dominant.