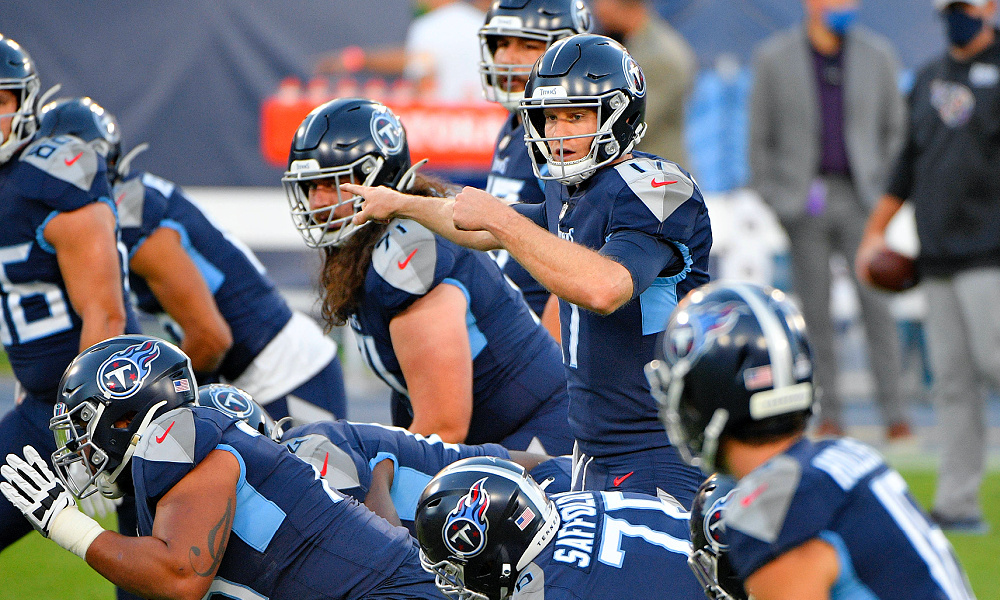 The Tennessee Titans (10-5) get another crack at claiming the AFC South divisional title when they face the Houston Texans (4-11) at NRG Stadium. Kickoff is set for Sunday at 4:25 p.m.

Tennessee comes into this one with their tails between their legs after getting hammered 30-14 by Green Bay this past Sunday at snowy Lambeau Field as the Titans defense gave up 448 yards of total offense, including 234 yards on the ground, as well as four touchdown passes by Aaron Rodgers. Like last week, a Tennessee win gives them the AFC South title. The Titans can also make the playoffs with a loss if Baltimore, Indianapolis, or Cleveland loses.

Houston is on a four-game losing streak after suffering a 37-31 setback to Cincinnati as the Texans’ defense was gauged for 540 yards. However, DeShaun Watson did throw for 323 yards and 3 scores, with 141 yards going to receiver Brandin Cooks. David Johnson ran for 128 yards as well.

FanDuel has Tennessee as -350 favorites on the money line, while bettors get +280 if they go with Houston to win. The point spread is the Texans +7 with an over/under of 54.5.

Tennessee In Search Of Reaching Playoffs For Second Consecutive Season

If Tennesee is able to secure a playoff berth, it would be the first time that the Titans have made the playoffs in successive years since 2007-08. The Titans have only lost back-to-back games once this season and are 5-2 away from home.

Tennessee’s offense, which was held to just 260 total yards by Green Bay, has been outstanding this year. The Titans rank third in the league in points (30) and fifth in yards (390.1) per game.

Quarterback Ryan Tannehill is having a strong year directing the offense, completing 65.4 percent of his passes for 3,603 yards along with a career-high 32 touchdowns and seven interceptions. Tannehill has added 228 yards and five touchdowns on the ground, although he has also been sacked 22 times.

Derrick Henry leads the NFL’s No. 2 ranked rushing attack with a league-high 1,772 yards while his 15 touchdowns on the ground are the third-most in the league. Corey Davis (60 catches for 945 yards, five touchdowns) and A.J. Brown (60 receptions for 924 yards and 10 touchdowns) are a dangerous receiving duo. Meanwhile, tight end Jonnu Smith (60 catches for 440 yards, eight touchdowns) has come on strong lately as he has reached the end zone five times in the past four games.

Tennessee has struggled all year on the defensive side of the ball. The Titans rank 23rd in scoring defense, allowing 26.7 points a game, and 29th in total defense at 394.3 yards a contest.

Houston Looking To Finish Out Season On High Note

2020 has certainly been a struggle for the Texans, but they still can potentially play spoiler by beating the Texans. But for that to happen, Houston will need a huge effort from its defense that ranks 26th in points allowed (28.2) and 30th in yards permitted (411.7).

Watson has been a bright spot for a Texans’ offense, which ranks 21st in total offense with 369.8 yards and 17th in points at 23.1 a game, which has been plagued by injuries and inconsistency. Watson has put up career throwing numbers across the board as he has completed 70.1 percent of his passes for 4,458 yards and 30 touchdowns as well as just six interceptions. The 25-year-old has also run for 432 yards and three touchdowns, although he has been sacked 44 times.

Taking The Titans To Win and Cover