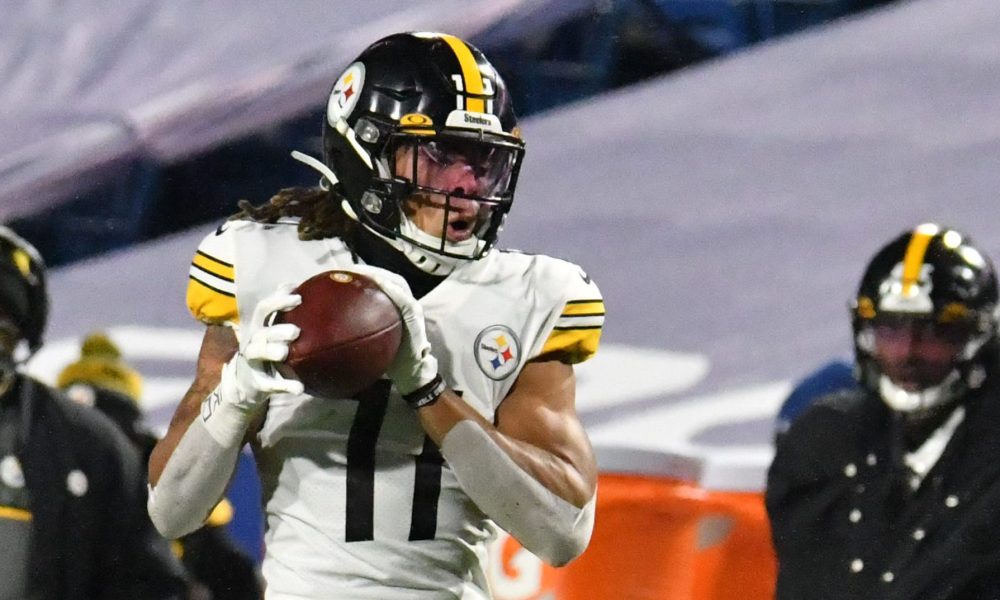 The Pittsburgh Steelers (12-3) make the short trek to Northern Ohio to face the Cleveland Browns (10-5) in a crucial game for the Browns. Kickoff is slated for 1 p.m. on Sunday at FirstEnergy Field, and CBS will televise the game.

Pittsburgh snapped a three-game losing streak and secured the AFC North division title with a 28-24 victory over Indianapolis the last time out. Ben Roethlisberger, who tossed a pair of fourth-quarter touchdowns, threw for a season-high 342 yards and three scores to lead the way.

On the other hand, Cleveland squandered a chance to clinch a playoff berth by losing to the hapless New York Jets 23-16 this past Sunday. The depleted Browns managed only 299 yards of total offense and lost two fumbles in the setback.

Pittsburgh is in the playoffs for the first time since 2017, which was the last time — before this year — that the Steelers were crowned divisional champs. The 12 wins are also their most in three years.

With the Steelers locked into the No. 3 seed in AFC, coach Mike Tomlin has decided to rest Roethlisberger this week and go with Mason Rudolph behind center. Rudolph, who has played sparingly this year, is 5-3-0 as a starter and has thrown for 1,774 yards along with 13 touchdowns and nine picks for his career.

As a result of the quarterback change, the Steelers will likely try to get its much-maligned running attack going early and often. James Connor, who played in just his second game since Nov. 22 against the Colts, leads the way with 683 rushing yards and six scores to go along with 30 receptions and 190 additional yards. Benny Snell has contributed 358 yards and four touchdowns on the ground.

JuJu Smith leads a trio of fabulous wideouts and five quality pass catchers overall, with 91 receptions for 766 yards and eight touchdowns. Diontae Johnson, who has been prone to drops, has 85 catches for a team-high 828 yards and seven scores, while Chase Claypool has hauled in 57 passes for 772 yards along with eight touchdowns. Eric Ebron and James Washington round out the top threats.

Pittsburgh averages 26.3 points and 330.6 yards of offense. The Steelers rank second in the league in both scoring and total defense as they permit 19.3 points and surrender 302.3 yards.

Cleveland, which enters the game as the seventh seed in the AFC, is looking to secure its first playoff berth since 2002. The Browns can end the drought one of two ways, either with a victory on Sunday or an Indianapolis loss to Jacksonville.

While the Steelers are kind of making it easier for the Browns by sitting players, they still need to go get the job done. That is particularly true of Baker Mayfield, who didn’t have a good game in the loss to the Jets, albeit he was without several key receivers. Mayfield has thrown for 3,367 yards and 25 touchdowns while setting personal-lows with eight interceptions and sacks (22).

Mayfield indeed needs to “show well” in a big game; however, the catalyst for the Browns offense is their running attack featuring Nick Chubb and Kareem Hunt. Chubb leads the way with 959 rushing yards along with 11 touchdowns, and Hunt has produced 1,104 yards (804 rushing) from scrimmage and 11 scores.

Jarvis Landry (67 receptions for 789 yards and three touchdowns) is the team’s top pass catcher, although Rashard Higgins (35 catches for 544 yards, four touchdowns), who missed the Jets’ game, has come on strong in recent weeks. Tight end Austin Hooper is also a weapon.

Take The Browns To Roll

Pittsburgh has looked awful the last four games, and it appears like Tomlin is willing to rest players. Plus, the Browns really need this win to complete what has been a pretty good season. Give the points and take Cleveland, which is expected to have Landry and the other players that were on the Covid list last week. I am taking the under here as well.