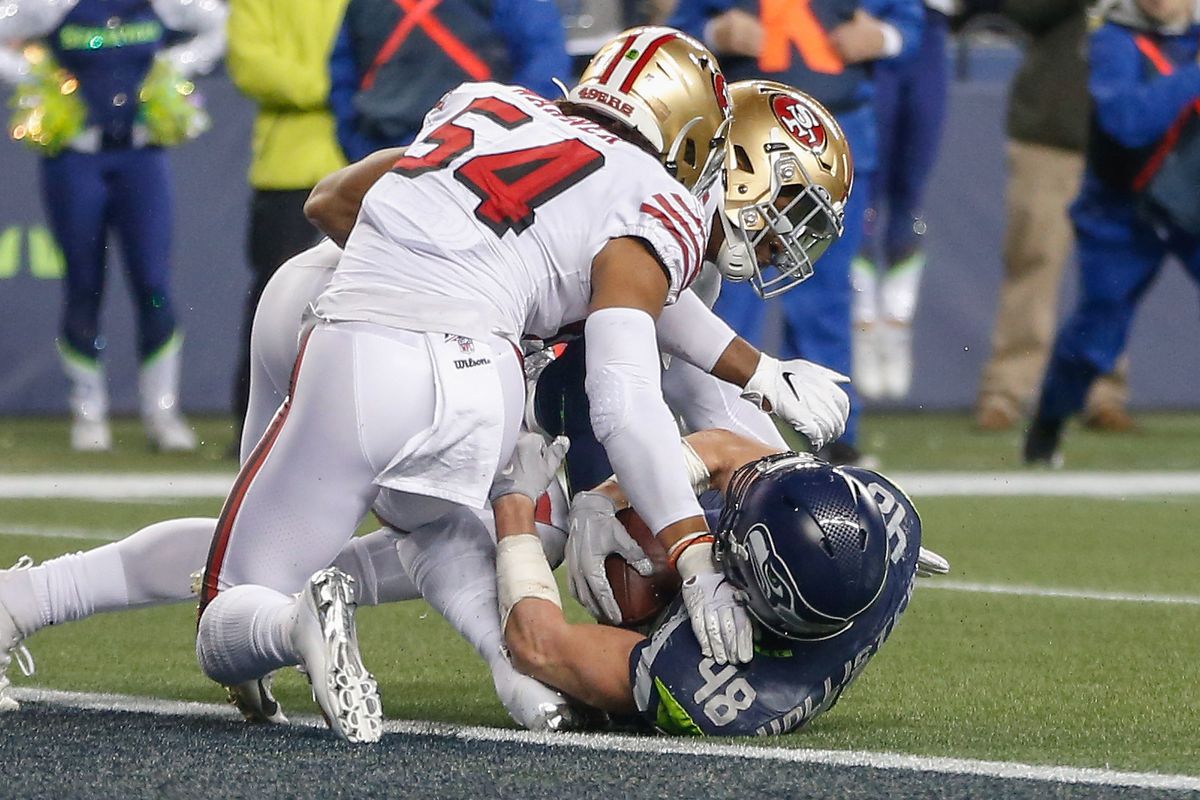 The Seattle Seahawks (11-4) face off with the San Francisco 49ers (6-9) in their last regular-season game of the 2020-21 season. A lot is at stake for the Seahawks on Sunday as a win against their fierce NFC West rivals will keep them in the running for the NFC conference top seed. The 49ers, on the other hand, are already out of the playoff picture and will be playing for pride. Will the Seahawks improve their playoff seeding, or will the 49ers play spoiler?

The Seahawks have a chance to claim the NFC top seed.

The Seattle Seahawks are 11-4 this season and have already clinched the NFC West. There is, however, a lot at stake in their final game against the 49ers.

Together with the Green Bay Packers and the New Orleans Saints, the Seahawks have their eyes on the NFC top seed.

The Seahawks road to a top seed is, however, far from straightforward. A win against the 49ers will not be enough to guarantee a first-round bye. The Seahawks will have to hope for a Packers and Saints’ falter on Sunday.

The Seahawks are 4 of 5 in their last five matches going into Sunday’s fierce division matchup. In this stretch, they have dispatched the Eagles, the Jets, Washington, and the Rams. It is only the Giants in week 13 who outmuscled them.

Their QB Russell Wilson is throwing for 301 yards per game. The Seahawks passing game is led by wide receiver DK Metcalf who has a record season with 1282 receiving yards. Six receiving yards on Sunday will see him snatch the franchise record of single-season receiving yards from Steve Largent.

Seattle’s defense has not been at its best this season. They are 13th in points allowed per game (23.2) and last in passing yards per play allowed (287.9). Their rush defense has been great, however, and the 96.2 rushing yards per game allowed are good for fifth in the NFL

It has been a difficult season for the 49ers

The 49ers end their season with a game against their NFC West rivals, the Seahawks, for the second straight year. This year, the 49ers (6-9) are already out of playoff contention and have had a season to forget.

Last year, they were at their dominant best, and only a fourth-quarter collapse in February cost them the Super Bowl LIV.  An endless array of injuries, a relocation to Glendale, Arizona due to the COVID-19 outbreak, and poor performances have, however, cost them a playoff spot this year.

The 49ers are 2 of 5 in their last five games. In their previous game against the Cardinals, the 49ers were without QBs Jimmy Garoppolo and Nick Mullens’s services. However, third-string QB Beathard showed up in a big way connecting 13 of his 22 passes for 182 yards and three touchdowns.

Despite the win, the 49ers have serious issues at the quarterback position, and without their quarterback starters, they will struggle against good teams.

The Seahawks will get the job done

There is still some outside chance that the Seahawks might claim NFC’s top seed. This motivation should be enough to have them get the job done on Sunday. Yes, the Seahawks have gone 0-5 ATS in their last five on the road, but their 11-2 straight-up record against the San Francisco 49ers in the previous 13 should get you excited.  The 49ers can play spoiler in another game this weekend, but the Seahawks backfield is back at full strength. In this season’s finale, I fancy the Seahawks to win and cover.