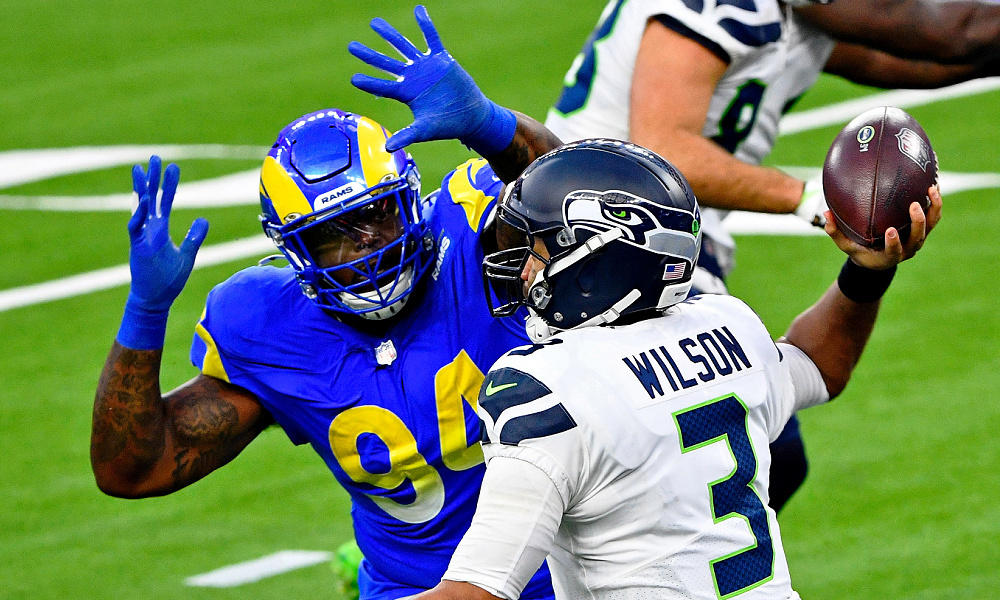 The six-seed Los Angeles Rams will travel back to Seattle for the second time in the past three weeks to take on their division rival, the third-seeded Seahawks. This NFC West Wild Card showdown will kick-off at 4:40 EST on Saturday, January 9th, and air on FOX Network.

A Look at the X-Factors:

These two teams matched up just two weeks ago, in Seattle. The Seahawks came away victorious because they locked down the key to the Rams offense, the play-action.

In total, Los Angeles ran 15 play-action plays last game against the Seahawks; 10 of these were pass attempts, a major staple of Coach McVay’s offense that helps open up the rest of his playbook. Of those 10, only four were completed for 34 yards. Goff threw five incompletions, one interception, and was sacked on the other attempts. He also opted to keep four and scrambled for 13 yards.

If the Seahawks can do this again, they will beat the Rams, Coach McVay historically has torched Seattle with his pre-snap motion and play-action, but if Seattle limits the Rams to below 50 play-action yards again, it will be tough for Los Angeles to win.

However, there will be a new x-factor this time around; starting quarterback Jared Goff had surgery on his thumb, and his return is largely in question. The replacement quarterback, John Wolford, brings mobility to the position Goff lacked; this added scramble ability could be just what the Rams needed to break the Seahawks play action coverage they ran to near perfection the last matchup. Wolford had 6 carries for 56 yards last week against the Arizona Cardinals; Goff’s season-high was 7 carries for 23 yards.

At the same time, Wolford playing could limit the Rams offense; nobody knows yet whether or not he can air it out like Goff. He has only started once before in his career. The Seahawks could feed off this inexperience and capitalize.

Another looming factor is the shoulder of All-Pro Seattle safety Jamal Adams. Seattle announced he would be a game-day decision; if he isn’t able to go, this will be an enormous blow to their defense. In their last matchup with the Rams, Adams had two touchdown-saving tackles on the same drive within the five-yard line, which helped force a goal-line stand; that is the kind of irreplaceable impact he has on games.

A Game of Averages:

Seahawks to win and cover; Russell Wilson is a proven winner and top-five quarterback, Wolford has only played one career game, Seattle has the advantage. With the way their defense has been playing since acquiring Carlos Dunlap, it’s hard to see the Rams scoring a ton on them unless Jamal Adams is hurt. The Rams have the number one scoring defense in the NFL as well; this could very easily turn into a defensive showcase.