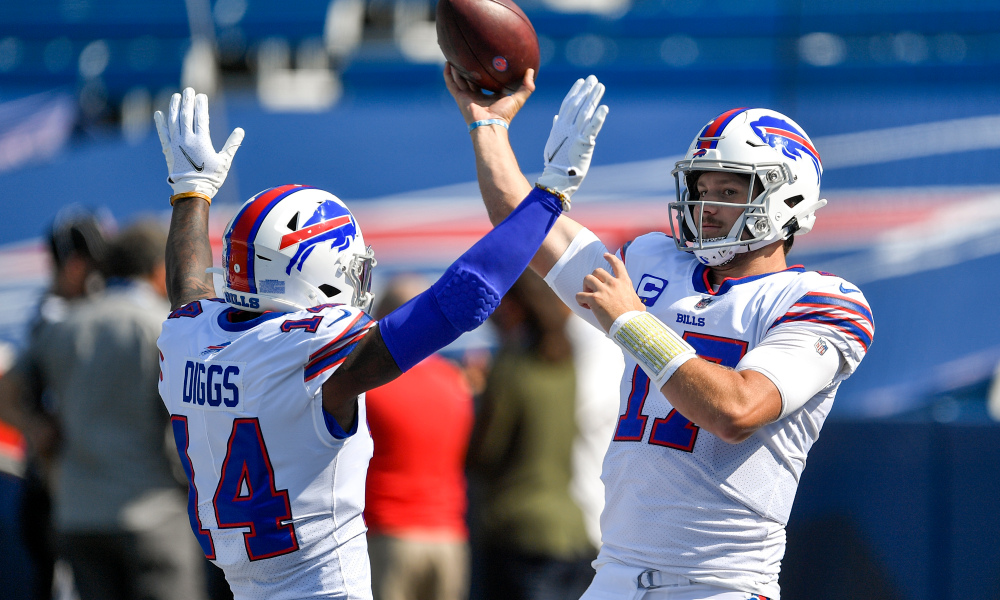 The Buffalo Bills are preparing to host their first playoff game since 1996 as they take on the Indianapolis Colts Saturday afternoon (1:05 PM ET) at Bills Stadium in Orchard Park, NY. The game is sure to be a big one, as not only is it a playoff game, it’s also the first time during this unusual season that the state of New York is permitting the Bills to allow fans in attendance. It’s only 6,772, but anyone who follows the NFL knows that the Bills have some of the most ravenous fans in the league. They will surely make their voices heard.

*All lines and odds are from Fanduel Sportsbook

As for the matchup on the field, the 13-3 Bills have looked like one of the best teams in the league over the second half of the season, winning nine of their last 10, with their sole loss coming on the final play of the game on the road against the Arizona Cardinals in Week 10.

Quarterback Josh Allen has a legitimate case in the league MVP conversation (4,965 total yards, 45 touchdowns and 10 interceptions) and wide receiver Stefon Diggs has looked like the league’s best receiver, compiling 127 catches and 1,535 yards on the season (both of which are league-leading). This duo has led Buffalo to having the second best offense (statistically speaking) in the league, trailing only the Green Bay Packers in terms of points per game, as the Buffalo offense is averaging a tick over 31 per contest.

On the other side of the ball, the Bills defense has been good, but not great, as they’ve given up just over 23 points per game, which is good for 16th in the league. The “bend but don’t break” philosophy, while cliché, is arguably the best description of what we’ve seen from Buffalo’s defense throughout the regular season.

Switching gears to focus on the road team, the Indianapolis Colts come into this weekend’s matchup as being one of the most underwhelming 11-5 teams I’ve ever seen. The numbers are solid (9th in offense at 28 points per game, 10th in defense at just under 23 per game), but watching them, they don’t look as good as their record would suggest. They seem to be too reliant upon their rushing attack, especially as of late, which is great as long as it works. However, come playoff time, I want a QB that can take over if need be, and I just don’t see that being an option for an aging Phillip Rivers.

Failing the eye test doesn’t bode well for Indy as they head into what is sure to be an energized environment, facing a team that is quite simply better than they are, and a team that is hosting it’s first postseason game in 24 years.

This game should feature an abundance of points. The Bills have one of the best offenses in the league, and they’ve shown that over the last month, as their offensive output over the past four games has been 26, 48, 38, and 56. That shouldn’t stop this weekend against a Colts team that has given up over 26 points per game over their last seven after opening the season as the league’s top defense.

On the flip side of that, Indy’s offense has picked up the slack, averaging 30 points per game over those same seven contests. This will need to continue this weekend against a Buffalo defense that has been hit or miss, with the Bills having given up 24, 15, 19, 9, and 26 over their past five games.

With the forecast projected to be about as good as you could hope for in terms of a January day in Buffalo (currently looking at a high of 28, and sunny) look for the Bills to continue the offensive tear, putting up 35 (or more), while the Colts hang tough for awhile, before finally coming up short and finishing in the 20-24 range. This gives you the easy Over, as well as bringing us to the final pick.

Buffalo has been one of the best, if not THE best, team in the league over the past two months. I don’t see them being due for a letdown against an underwhelming Colts squad. This feels like a game that is tight for a while, before a costly Philip Rivers turnover puts the game out of reach, with Buffalo easing to a victory late. As long as this line doesn’t jump to double digits, be comfortable with taking Buffalo to cover the spread.

The game is set to kick off Saturday afternoon at 1:05 ET PM and can be seen on CBS.

Tonight, two pitchers whose records could use a little polishing match up as the St. Louis Cardinals welcome the Miami Marlins to Busch Stadium to open a three-game series. Cardinals hurler Adam Wainwright has not picked up a win since May 20, while Pablo Lopez’s win in his most recent start last week was his END_OF_DOCUMENT_TOKEN_TO_BE_REPLACED