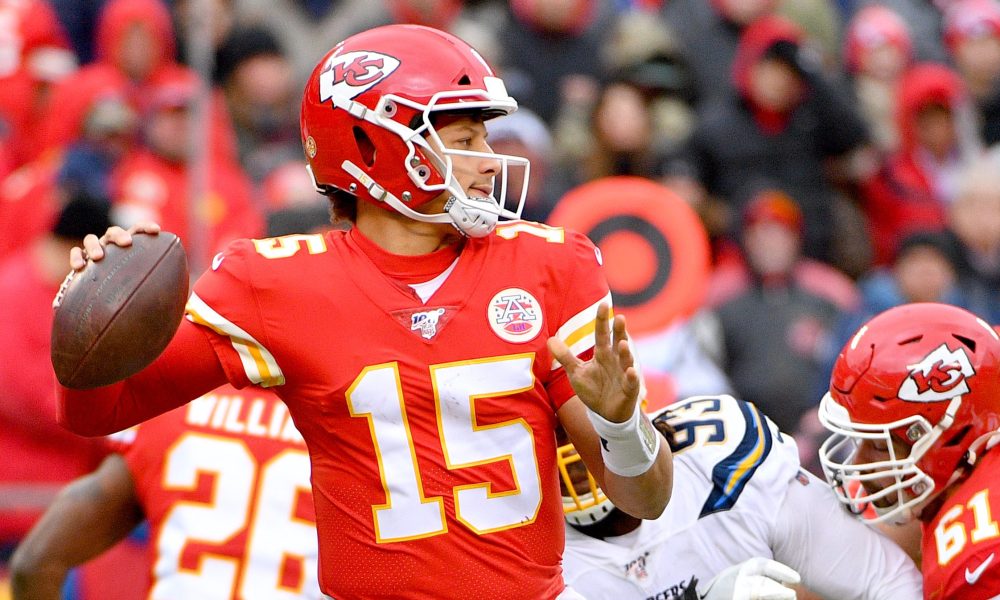 What has been a remarkable season for the Cleveland Browns became even remarkable on Sunday night. After not winning in Pittsburgh since 2003, the Browns stunned the Steelers with 28 first-quarter points and knocked their AFC North rivals out in a 48-37 win.

With their first playoff win since 1994 behind them, the Browns have an even bigger road test ahead in the Divisional Round. The Kansas City Chiefs broke a 50-year championship drought last season, and now the AFC’s top seed is looking to go back-to-back. NFL futures odds are backing them to do just that, as the Chiefs have been a betting favorite throughout the season. Their quest starts on Sunday afternoon, as the Chiefs face the Browns in a matchup slated to kick off at 3:05 pm ET/2:05 pm CT on CBS.

The Chiefs are favored by 10, the divisional round’s biggest NFL betting spread. The total for the game currently sits at 56, which is the highest total of the divisional round games. Will the championship favorites back up their credentials and advance to a third straight AFC Championship game, or will the Browns reach the NFL’s final four for the first time since 1989?

After leading 35-10 at halftime, the second half was more stressful than necessary. But their 28-point head start was enough, despite Ben Roethlisberger’s 501 yards and four touchdowns. Cleveland picked Big Ben off four times and forced five turnovers in all in breaking their droughts in epic fashion.

The offense was efficient, as it has been throughout the season. Baker Mayfield, who had only eight regular-season interceptions, throwing for 263 yards, three touchdowns, and no picks. Meanwhile, Hunt and Nick Chubb combined for 124 yards on 26 carries.

This was a similar performance to a Week 13 win at Tennessee, in which they blitzed the Titans 28-0 in the second quarter in a 41-35 win. One of the previous knocks on the Browns’ legitimacy was a lack of quality wins, but their road wins against the Titans and Steelers have shown that they are a bona fide contender right now.

There is little to say about Patrick Mahomes and the Chiefs that has not been said already, is there?

No team has gone back-to-back since New England did in the 2003 and 2004 seasons. But the Chiefs are favored to do so, led by another MVP-worthy campaign for Mahomes, who threw for 4,740 yards and 38 touchdowns and ran for 308 yards and two touchdowns in 15 games.

Part of Mahomes’ success is due to one of the league’s top offensive lines. Mahomes was sacked only 22 times in the regular season and has been sacked only 67 times in his 46 career regular-season starts. He also has the lethal WR/TE combo of Tyreek Hill (85 catches, 1,276 yards, 15 TD) and Travis Kelce (105 catches, 1,416 yards, 11 TD).

Kansas City’s ground game and defense deserve some recognition as well. Rookie running back Clyde Edwards-Helaire was solid, running for 803 yards and four touchdowns and catching 36 passes for 297 yards and a touchdown in 13 games. On the defensive side, Pro Bowl safety Tyrann Mathieu had six interceptions, while defensive line duo Frank Clark and Chris Jones were also Pro Bowl selections.

Edwards-Helaire missed the last two regular-season games due to a high ankle sprain and hip strain suffered in Week 15 against New Orleans. His status is uncertain, but he has been working hard to be ready. Rookie linebacker Willie Gay, Jr. (39 tackles) also suffered a high ankle sprain in the Week 17 loss to the Chargers, and he may not be back Sunday. However, fellow linebacker Ben Niemann (hamstring – 44 tackles this season) could return after missing Week 17.

Kansas City team total over 34 (-110):The Chiefs have averaged 35.8 points per game in Mahomes’ playoff starts. They were by no means a perfect team this season, but there is a reason why they are 38-10 over the last three seasons and are shooting for a third straight AFC title game and second straight NFL title. They turn it on when they need to.

Kansas City played many close games over the second half of the season, which may be in Cleveland’s favor. In the season’s first half, their Week 2 overtime road win against the Chargers was their only game decided by less than a touchdown. In the second half, the Chiefs won seven straight games by close margins before a Mahomes-less, 17-point home loss to the Chargers in Week 17.

So there is a fair chance that the Browns keep things respectable even in defeat. Also, double-digit spreads are always to be approached with caution on either side, lest we see a last-minute bad beat as was the case in New Orleans. The Chiefs will win and advance, but cautiously pick a side. The overlooks rather tasty, however.

After extending their hot and San Diego’s cold streak, the Seattle Mariners will be looking to leave Petco Park with a two-game sweep as they take on the Padres this afternoon. Yesterday, the Mariners pounded out a dozen hits and plated eight runs, and Chris Flexen pitched 6.2 shutout innings to collect his third straight END_OF_DOCUMENT_TOKEN_TO_BE_REPLACED