Betting Preview For The Pittsburgh Steelers vs. Houston Texans 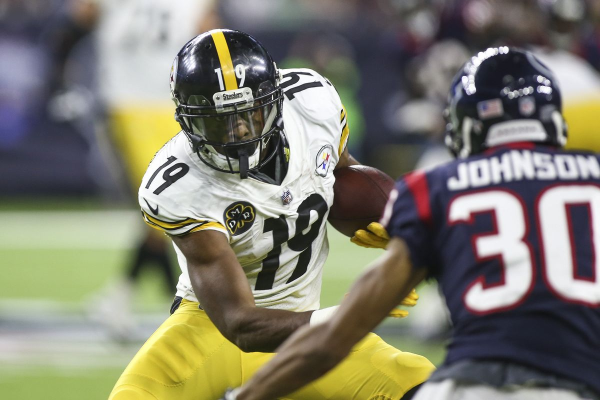 The Pittsburgh Steelers take on the Houston Texans this Sunday, 9/27 at 1pm in Pittsburgh. Unfortunately, there is no home field advantage as the stands will be vacant of the terrible towel. This game is a bit of a toss up as the Steelers and the Texans haven’t faced each other since 2017. Pittsburgh won that matchup 34-6. They play each other about every three years. Currently, in 2020, the Steelers are 2-0, they’ve played an easier schedule, the Broncos and the Giants, while the Texans are 0-2 playing against top tier teams, the Chiefs and Ravens.

Pittsburgh offense was really clicking in its first two matchups, not bad for sporting 38 year old Ben Roethlisberger. However, it’s was two easier matchups against the Broncos and the Giants. Big Ben is coming off a season ending injury so his health seems to be tied to the success of the Steelers. So far, Big Ben has been able to spread the ball around and keep defenses guessing. The Texans are a mixed bag so this game could go either way for the Steelers.

Here are some prop bets for Big Ben:

The Steelers have been splitting carries in the backfield between James Conner and Benny Snell. Conner has struggled to stay healthy as his 2019 season was cut short due to injury. Conner exited Game 1 with an injury leaving Snell to handle the rock. While Conner is a talented back, Steelers like to spread the ball around, it could be a hit-or-miss game for him. Here are the prop bets for James Conner:

The Steelers receiving core is talented Juju Smith-Schuster to be Ben’s primary target alongside Diontae Johnson to get the most looks from Ben. Both are capable receivers and have big play ability. With Ben’s arm and a dynamic running game, the Steelers receivers could have a big impact in this game. Smith-Schuster has only had 117 yards receiving this season but scored 2 touchdowns against the Giants. Diontae Johnson has been Ben’s favorite target this season. He currently has 149 receiving and 1 touchdown. He has the most receptions on the team and has big play ability. Here are the prop bets for the Steelers receiving core:

The Houston Texans had a rough start to this season. Their season opener was against the Kansas City Chiefs, the Super Bowl Champions, and then they had to play the Baltimore Ravens. Two of the best teams in the league. The Texans are better than the 0-2 record they currently have. Deshaun Watson is a dynamic quarterback who has arm strength and can scramble the pocket. In two games he’s thrown for 528 yards with two touchdowns and two interceptions. It doesn’t get any easier as the Steelers defense has been impressive through the start of the season. Here are the prop bets for Watson:

The Texans traded their star receiver DeAndre Hopkins for running back David Johnson this offseason. It was a trade to save money. However, the Texans want a premiere back and Johnson has had superstar seasons. Currently, he’s rushed for 111 yards and 1 touchdown this season with 48 receiving yards. He could have a breakout game against the Steelers. Here are the prop bets for Johnson:

The Texans have a lot of depth and experience at their receiving core. Basically, they want to replace a star receiver, DeAndre Hopkins, with several experienced receivers, Brandin Cooks, Will Fuller V, Randall Cobb, and Kenny Stills. It’s an impressive list of receivers and Watson should have no trouble connecting with them. Currently, Cooks leads the pack with 115 yards and no touchdowns. Here are the prop bets for the Texans receivers:

This is really a must-win game for the Texans as 0-3 is a really tough start to the season. The Texans have played two powerhouse teams and have been tested right out of the gate. While the Steelers had two easier matchup where they could sit on the ball and really grind out the clock. This game should be a nail biter as both these teams have extremely talented rosters.