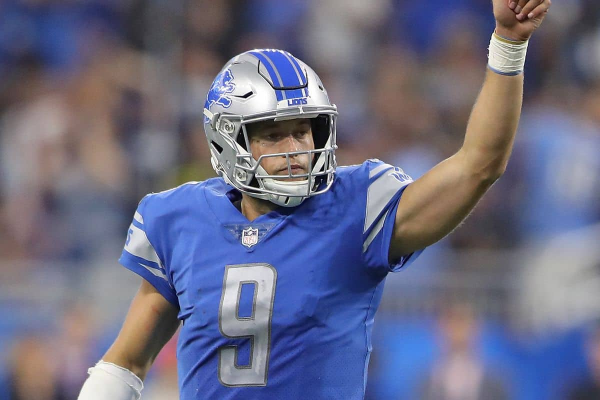 This Sunday, the battle for the NFC North continues as the Detroit Lions (4-7) take on the Chicago Bears (5-6) at Soldier Field in the Windy City. The Detroit Lions relieved head coach Matt Patricia of his position of the weekend. It’s a sign the team is already looking forward to the 2021 season. Bears fans are lost as to where their season went. The Bears currently have a 5 game losing streak and a quarterback situation that seems to get worse every game.

Betting Advice:This game could go either way. Both the Lions and Bears are searching for a silver lining this season and this game is a tough division rivalry. Unfortunately, the risk outweighs the reward as the spreads are pretty even. Look for better odds in the team game props.

Amazingly, Matt Stafford has been playing well this season. He currently has thrown for 2,876 yards with 18 touchdowns total. That’s the good. He’s also taken 31 sacks this season which is 4th highest in the league. Stafford and the Lions have lost 4 in 5 games. Stafford hasn’t thrown for more than 300 yards since the November 1 and was shut out against the Carolina Panthers two games prior.

Look for Adrian Peterson, Kerryon Johnson, and D’Andre Swift to split time in the backfield as the primary running backs. However, there are meager portions there. Johnson had 96 rushing/receiving yards against the Texans. Peterson scored 2 touchdown against the Texans. Swift is currently the best RB but missed the past couple games with a concussion. He’s questionable for Sunday.

Score First and Win – Detroit Lions (+245)Advice: Stafford is still playing well and the Lions are due for a win. The payout is worth the risk.

Halftime Result / Fulltime Result – Lions / Lions (+230)Advice: The Bears have been ineffective the past 5 games so the Lions have every chance to runaway with this game. There’s money to be won here.

The Bears quarterback situation continues to be an inconsistent puzzle. Mitch Trubisky, was replaced by Nick Foles earlier this season, then replaced Foles after an injury. It’s a situation worth monitoring. Trubisky beat the Lions Week 1 with 3 touchdown passes and 242 throwing yards. Foles is the better QB but is questionable for Sunday.

David Montgomery is the Bears leading back with 575 yards and one touchdown this season. Unfortunately, the Bears lack any sort of running game.

The Bears focus on Allen Robinson (WR) and Jimmy Graham (TE) in their passing game, both players have 5 touchdowns in the year. Robinson leads the team with 829 yards and is the star player of the offense. Cordelle Robinson is dangerous on special teams and has big play ability.

Score First and Win – Chicago Bears (+136)Advice: The Bears should be able to score easily on the Lions non-existent defense. This has a better payout than the spread.

Halftime Result / Fulltime Result – Lions / Bears(+650) Advice: This is juicy spread with a plausible outcome. The Lions can move the ball but the Bears have a better defense. A small amount can result in a large payout