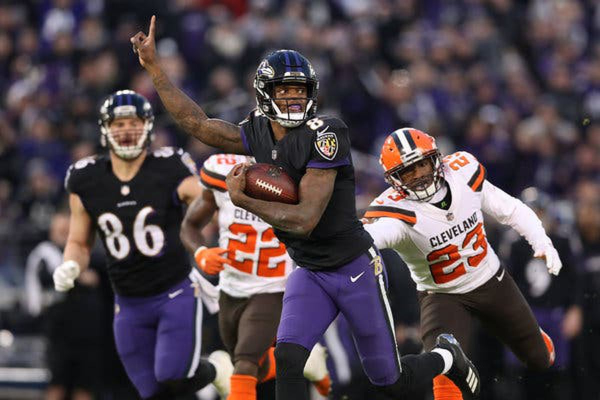 This Monday night, the Baltimore Ravens (7-5) face the Cleveland Browns (9-3) in a divisional rivalry game that could restructure the entire AFC playoff picture. The Browns will be looking to solidify a top spot in the playoffs with a win. They are riding high with a 4-game winning streak and coming off 41-35 win over the Tennessee Titans. After a 3-game losing streak, it seemed like the Ravens’ season might be over. But with the return of Lamar Jackson, and a decisive 34-17 win over the Dallas Cowboys, the Ravens are back in the playoff hunt.

Odds for Ravens vs Browns

Betting Advice: This is a heart-throbbing matchup for any bettor looking for an adrenaline rush. There’s also a lot of great player props for bettors to make money in-game.

Quarterback Lamar Jackson is back from the COVID protocol and looked sharp against an ailing Dallas Cowboys team last week. It was a good confidence booster for the Ravens. Jackson only gained a 107 passing yards but threw 2 touchdowns. He added 94 rushing yards and a rushing touchdown as well. The Ravens offense will rely on Jackson to continue this momentum.

The Ravens ran for a whopping 294 yards against the Cowboys last week using a RB committee featuring Gus Edwards, J.K. Dobbins, and Mark Ingram. Quarterback Lamar Jackson added 94 yards himself. The Ravens running game is so explosive it could be the best group in the NFL.

•          Rushing Touchdown – J.K. Dobbins (+220):Dobbins has scored in the past two games he’s played. He appears to be the lead back but will compete with Gus Edwards for touches.

The Ravens are most effective in a run-first offense with Jackson only throwing for 107 yards last game. Leading receiver Marquise Brown gained only 39 yards but manage to find the endzone. Tight End Mark Andrews is set to return against the Browns and has a team-high 6 touchdowns this season.

•          Receiving Touchdown – Mark Andrews (+140):Andrews is back and is the Ravens most dangerous touchdown threat. Look for him to be effective in the redzone.

Baker Mayfield has silenced critics after throwing for an eye-popping 334 yards and 4-touchdowns against a well-respected Titans team. Mayfield has led the Browns to a 4 game winning streak and has thrown for 200+ yards in the past 3 games. The Browns lost 38-6 to the Ravens in the first game of the season.

Cleveland is committed to running the ball this season, and it’s working. Running back Nick Chubb is leaving defenders in the dust. Chubb has 400+ rushing yards and 3 TDs in the past 4 games. Also, look for Kareem Hunt to be involved who has over 700+ rushing yards this season.

Jarvis Landry has scored in the past two games and is seeing increased targets. He’s currently the lead receiver on the Browns offense with 676 yards. Rashard Higgins and Donovan Peoples-Jones are coming off breakout touchdown performances.

•          Touchdown Scorer: Jarvis Landry (+190):Landry only has 2 TDs on the year but has touchdown potential every game. The payout is worth the bet.