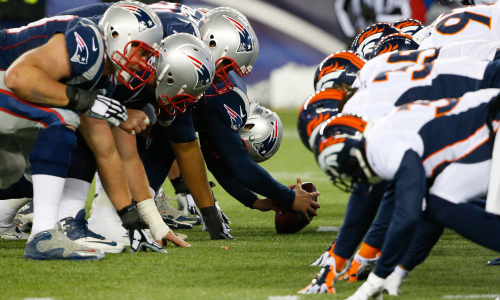 This game appears to be a lock for the New England Patriots against the Denver Broncos but it depends on which team is more prepared after a slow start to October. The Denver Broncos starting quarterback Drew Lock is back from injury and taking reps in practice. On the other side, the Patriots have their own struggles under center. Starting quarterback Cam Newton was diagnosed with COVID-19 and is expected to rejoin the team this week, though Newtown hasn’t played since the beginning of October. The Patriots had one game cancelled and struggled through another game with Brian Hoyer and Jarrett Stidham under center. The Broncos are currently 1-3, while the Pats sit at 2-2.

Total Points by the Patriots – Over (-103)/Under (-127)27.5 – The Patriots offense has been really conservative this year. New England’s game plan seems to be run-first and pass when necessary. Against the Dolphins and the Chiefs, the Patriots only scored 21 and 10 points, while against the Raiders and the Seahawks, they scored 35 and 36 points. The Patriots of course should score more with Newton under center, and they should have no trouble against the Broncos defense. Take the over here.

Total points by the Broncos – Over (-137)/under (+106): 16.5 – The Broncos haven’t played as bad as they seem on paper. If Drew Lock is healthy, and plays well, the Broncos should be able to score in this contest. They put up 37 points against the Jets, and the offense is getting more comfortable with every game. Still, the Broncos have scored under 16.5 points in two of four matches. Still, I like the over here as well.

If Cam Newton is game ready, the Patriots will definitely have a clear advantage in this game with an experienced quarterback. In three games, Newton has thrown for 714 yards with 2 touchdowns and 2 interceptions. While these are pretty low numbers, Newton is getting the job done on the ground. He has 149 rushing yards and 4 rushing touchdowns, way more than what Pats fans are used to from their quarterback. Newton is a dynamic game-changer when he’s in fully healthy.

The Patriots have a carousel of running backs in a run-heavy offense. Lead-back Sony Michel has gotten the most work with 173 rushing yards and one touchdown, though he is out with an injury. Look for Rex Burkhead and Damien Harris to take over the rushing load, while James White will continue to catch passes out of the backfield.

Leading receiver and ultimate tough guy Julian Edelman has 294 yards but no touchdowns in four games this season. He’s a high-impact player and should find the end-zone soon. After Edelman, the Patriots will use a whole brigade of running backs, tight ends, and receivers against this Broncos defense, including second year receiver N’Keal Harry.

For the Broncos, it’s a big question whether Drew Lock will be game-time ready for Sunday, as it’s been an ongoing search for a productive Broncos quarterback. Brett Rypien managed to win his first NFL game against the Jets, but threw 3 interceptions in the process. Jeff Driskel is more experienced but has taken 11 sacks in three games. It’s a real headache in Denver.

Despite the problems at quarterback, Broncos’ receivers have managed to find the end-zone a few times. Rookie and former Alabama star rookie Jerry Jeudy has 234 yards and a touchdown this season. He’s alongside Tim Patrick and Noah Fant who have two touchdowns a piece. While Melvin Gordon is likely to miss this week’s game following a DUI, Philip Lindsay should be returning from injury to make up a lot of Gordon’s lost production.