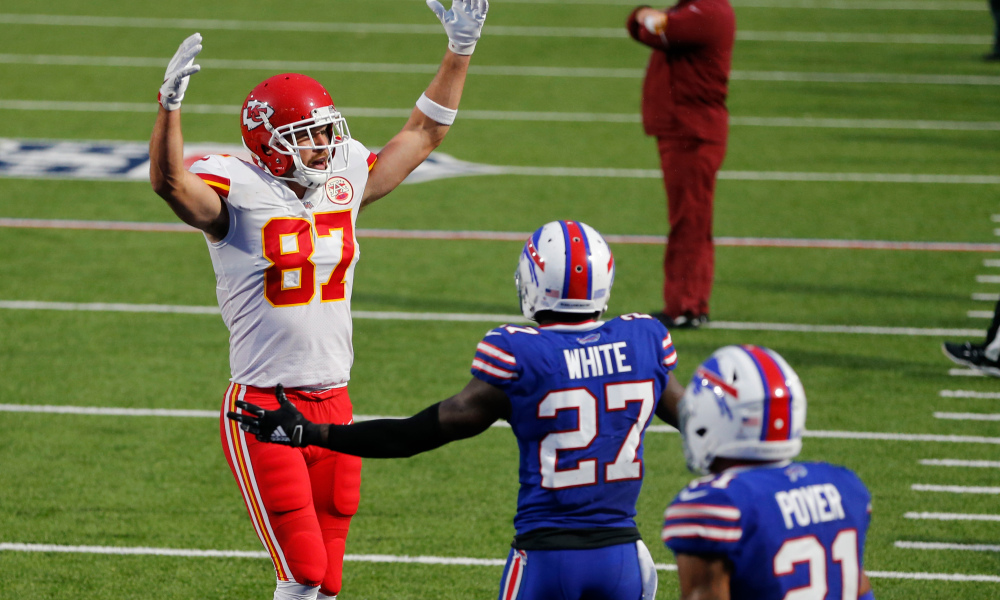 With Week 17 wrapping up the NFL‘s regular season, attention turns to betting the postseason.

The most popular postseason wagering proposition, generally, is on who will be the Super Bowl champion – and this time it’s finding a team that has the betting value and the talent to challenge the Kansas City Chiefs.

Below is a look at the best opportunities to bet against the Chiefs, but first, let’s make a case for the chalk.

How the Chiefs Can Win Super Bowl LV

With +220 odds to win Super Bowl LV, are the Kansas City Chiefs the most unappreciated 14-2 team in NFL history? Kansas City continued its assault during the season and, with seemingly limitless options, quarterback Patrick Mahomes will direct a stellar offense in the search for a second Super Bowl title in as many seasons.

Rookie star Clyde Edwards-Helaire is expected back for the playoffs, making it impossible to consistently double-team wide receiver Tyreek Hill and do-everything tight end Travis Kelce. Opponents can hope only to outscore this machine, so the low price is not the worst value on the board.

Who Has a Chance of Dethroning the Chiefs?

Several teams have decent betting value going into the 2020-21 NFL Playoffs, but who has the best chance of knocking the Chiefs off their pedestal?

The momentum is the key ingredient here. Josh Allen has become a top-five NFL quarterback, adding improved accuracy to a list of assets that already included arm strength and next-level mobility. With receiver Stefon Diggs setting records on the field to complement his locker-room leadership, +750 could be the best value on the board.

The Saints’ situation leaves quarterback Aaron Rodgers and Green Bay as the most likely team to represent the NFC in the Super Bowl, and the price is a nice number for a team with perhaps the best postseason QB in the field. The Packers’ offensive line depth is a concern, having lost standout David Bakhtiari before Week 17, but Rodgers’ savvy, along with an improving defense, have Green Bay with a realistic shot at upending the Chiefs.

Outside of the Chiefs, this team poses the most difficult test for opposing defensive coordinators. Lamar Jackson is making just enough quality throws to keep the linebackers and defensive backs guessing. After a relatively slow start to the season, Jackson has joined JK Dobbins and Gus Edwards in a formidable rushing attack. The steady Mark Andrews and the resurgent Marquise Brown will be a problem for Kansas City if the two teams meet in the postseason.

This may still prove to be the best play, but it’s hard to recommend it without having certainty regarding the New Orleans running backs. All-world star Alvin Kamara missed Week 17 with COVID-19 and his status has to be considered before any serious futures wagers are made. The consistency on defense, though, makes the Saints an otherwise comfortable play and, as is the case every year, New Orleans is a real problem at the Superdome.

So many questions surround quarterback Russell Wilson and the Seattle offense, which is a stark contrast from early this season. Wilson began the season red-hot, drawing praise as well as MVP consideration, but his recent play has been underwhelming. The defense had been among the worst in the league through the first half of the season but now is considered among the top 10 units. These guys are the unknown quantity, so there is certainly value at +1300 for a team that, on its best day, can compete with anyone.