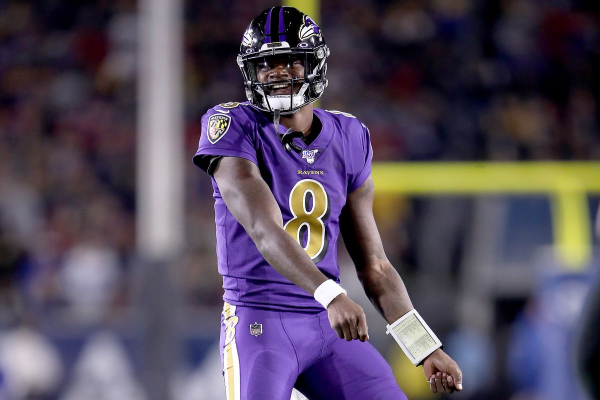 Sunday afternoon features an AFC showdown as the Baltimore Ravens (1-0) travel to NRG Stadium to take on the Houston Texans (0-1). Kickoff for this one is scheduled for 4:25 pm ET.

The Ravens are looking to start the season off with another win after they decimated the Cleveland Browns last week, 38-6. In the victory, Lamar Jackson went 20 for 25 for 275 yards and three touchdowns. He also rushed seven times for 45 yards.

In the air, Marquise Brown led the team with five catches for 101 yards while tight end Mark Andrews had five receptions for 58 yards and two touchdowns.

The Texans apparently did something to make the schedulers upset as they have back-to-back tough opponents in the Kansas City Chiefs and Ravens. Last week, they lost to the Chiefs 34-20.

In the loss, Deshaun Watson had 253 yards to go along with a touchdown and an interception. Will Fuller led the way receiving with eight receptions for 112 yards.

The Ravens are heavy favorites in this one as their moneyline sits at -335 compared to +270 for the Texans. The spread sits at +7.5 for the Texans, and the over/under on total points sits at 50.

This comes with the caveat that we are just now entering Week 2, but in the first week, the Ravens were one of the most prolific scorers in the league. They ranked tied for 2nd in points scored at 38 while the Texans ranked 21st at 20 points.

Defensively, the edge also went to Baltimore. In terms of total yards allowed, the Ravens ranked 9th in Week 1, only allowing 306 yards. The Texans ranked 18th, giving up 369 yards.

Ravens Look To Start Off 2-0

After the first week, the Baltimore Ravens look like legitimate Super Bowl contenders and will look to prove their dominance over the Texans Sunday.

To do so, they will look to their superstar quarterback, Lamar Jackson. Last season, Jackson threw for 3,127 yards with 36 touchdowns and just six interceptions. He also rushed 176 times for 1,206 yards and another seven scores. Needless to say, he is one of the most dynamic quarterbacks in the leagues, and Houston’s defense will have their hands full.

Given Jackson’s strong rush attack, it leaves less room for the Ravens’ running back, Mark Ingram. While he was used sparingly in the opener, last season, he rushed 202 times for 1,018 yards and 10 scores. Between Ingram and rookie J.K. Dobbins, the Ravens are about as versatile on offense as it gets.

While no one would blame the Texans if they went winless against the Chiefs and Ravens, Houston is trying to steal this second game not only to stay in contention early but also to pick up their opening home game.

To do so, they will rely on Deshaun Watson to lead them. Last season, Watson was stellar as he went for 3,852 yards, 26 touchdowns, and 12 interceptions. He also had 82 rushes for 413 yards and another seven scores.

Still, he is without his primary weapon in DeAndre Hopkins, who was curiously traded to the Cardinals in the offseason. As a result, it is now up to Will Fuller to step into the number one wide receiver position.

Going back to the trade of Hopkins, the return was veteran running back David Johnson. In the opening game, Johnson performed admirably. He went for 77 yards on 11 carries and a touchdown.

Taking The Ravens To Win And Cover

Frankly, this is just another tough matchup for the Texans. The Ravens offense is elite, and after watching how the Chiefs manhandled the Texans last game, I think it will be more of the same with the Ravens.

Throw on top of that the fact that the Texans’ offense is worse now than it was last year (especially without Hopkins), and it is hard to justify taking the Texans in this one.

For my money, I see the Ravens not only winning, but I see them covering the 7.5-point spread as well.