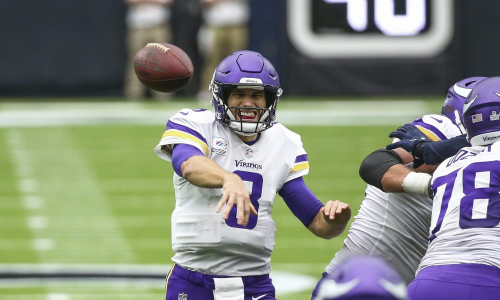 Neither of these teams are having the seasons they were hoping for. Both were supposed to be in the mix for their respective divisions in the NFC, but through five weeks, they have just one win combined. Both coaches have to be wondering if they will make it through the season.

In Atlanta, that will be the second season in a row that Dan Quinn is on the hot seat. Since they lost in the Super Bowl a few years back, they have been on a steady decline. The losses are one thing, but it is how they are losing that is even worse. They have had some really big leads and squandered them late. The worst might have been against Dallas in week two. They were up 39-24 with less than eight minutes left, but lost by a point.

That game also stands out because it was also the only cover they have had this season. Atlanta can build a lead with an elite passing offense, but holding it by running the ball and playing defense has been the challenge. Now even their strengths are being challenged by injuries.

Minnesota’s story has been different. They are just 1-4 SU but 3-2 ATS, so they are kind of playing above expectations. They too have coughed up big leads and lost in excruciating fashion. Last week they were up 13-0 on Seattle but lost by a point when Russell Wilson found DK Metcalf for a TD with just 15 seconds left, ending a nearly 90 yard game-winning drive for the Seahawks. Their lone win was two weeks ago against a Houston team that went out and fired their coach afterwards. They played Tennessee to a one point loss the week before that, which explains how they are riding a three game ATS winning streak into this one. I am still not sold on them being good though.

Classic game where somebody has to win it, right? (We already have the one tie we are allowed this season.)

The Vikings are the team getting support early as this one has already moved off of three. That is significant. It could be teams wanting to ride their streak a little bit more, as well as some concern about the Falcons ability to put point on the board with WR Julio Jones hurt – he is questionable. Last week he did not play and the Falcons matched a season low with 16 points against Carolina. The passing game is the strength of the team but it is built on the multiple threats of Jones, Calvin Ridley (also elite) and even the emerging Justin Gage. If you take that strength away from Atlanta, they look very ordinary pretty quickly.

Minnesota could certainly have a hangover from last week, but Atlanta has a hangover from their whole season, so it likely evens out. You are paying a lot to not have to deal with a hook on that three if you take this money line, but it is definitely the safer way to go. They have been so close a couple of times and shown some fortitude. They have to be the money line play in this spot too.

While the spread has gone up a smidge, the total has come down and I think that has to be tied to people not expecting Jones to suit up and the ensuing impact on the offense. Jones may not always get in the end zone, but he is key to the Falcons attack. The Falcons are 3-2 O/U this season thanks to Jones being present in their first three games, all overs where they scored at least 25 points. Without him, they have scored exactly 16 in the past two. Minnesota is 3-2 O/U also, but their attack is not going to juice up the scoring, especially if Dalvin Cook is out. They just want to play mistake free football and get out with the win. Atlanta is hindered but QB Matt Ryan is not going to be careless with the ball here and create some wackiness. I expect this total to drift even lower so don’t wait.