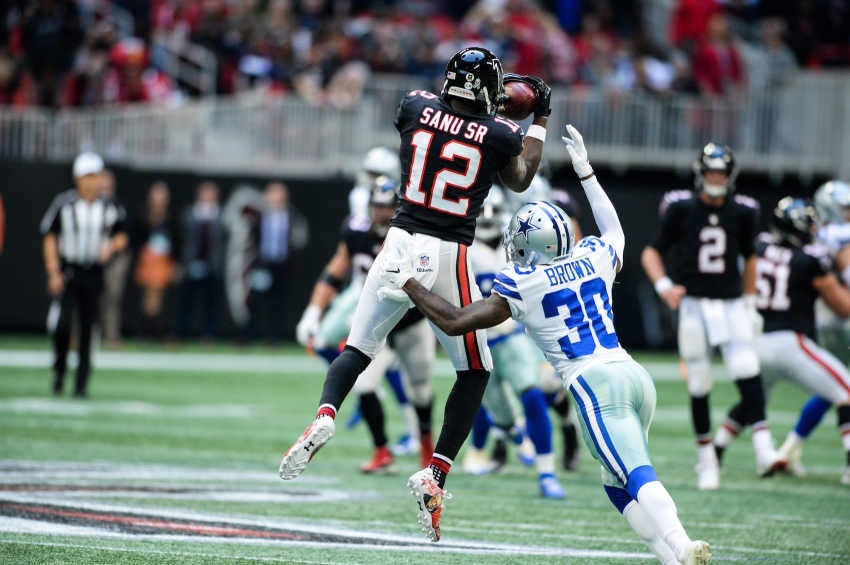 There is a little desperation here as both teams lost their opening games, the Falcons at home. The NFL is going to put in one more team in each conference into the playoffs this season, but starting 0-2 is still a really tough hole to dig out of. If Dallas starts 0-2 the pressure will be even greater, but they have a new coach but transitioning is tough under the current circumstances. None of the other new coaches is getting much done.

Both of these teams expect to be competing for the playoffs thanks to their flashy offenses. Matt Ryan and Dak Prescott are two of the more established quarterbacks in the league. Ryan took the team to the Super Bowl a few years ago, but playoff success has eluded Prescott thus far. Both of these guys need a win.

LB Leighton Vander Esch – Out – Loss is big but will be felt more against stronger running teams.

This line has moved a lot, dropping from -7.5. That is a pass through a key number so the action must be significant as many are concerned about whether Dallas will be able to do what they want with an offensive line that is not as strong on the edge or at center as it was a year ago. RB Ezekiel Elliott and the running game is what sets this team up. Even with the massive shift in the betting line I am still on the side of fading the Cowboys in this one. Sure the offense takes a major hit but at the same time I am not sure the defense is ready to thwart an Atlanta passing attack that is clicking to start the season. Matt Ryan and Julio Jones have had it going for a while, but now Calvin Ridley is just as dangerous and even Gage had a monster game against Seattle last week in the loss. I think Atlanta’s offense is going to be the best unit on the field and even though we might have missed the best number it doesn’t mean you have to stop looking at that side.

This number has moved a lot too, starting at 50. That is a pretty big move and consistent with how I see this game playing out. Atlanta should be able to move the ball quickly up the field, and often. My only hesitation is that sometimes they stall in the red zone and to get this number we need touchdowns, not field goals. Dallas is a little more balanced and methodical, but they are not going to find much resistance from Atlanta. The Falcons gave up 38 points a week ago and might give up as many again in this one. Score Prediction: Atlanta 38 – Dallas 31.