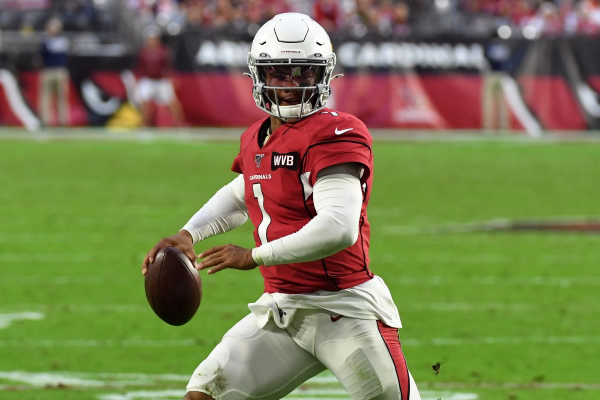 Monday Night Football features an NFC matchup as the Arizona Cardinals (3-2) will face the Dallas Cowboys (2-3). This matchup will take place at AT&T Stadium, and kickoff is scheduled for 8:15 pm ET.

For the Cardinals, they come into this one currently in third place in the NFC West, trailing the Seahawks (5-0) and the Rams (4-1). In their last contest, the Cardinals took down the New York Jets, 30-10. In the win, Kyler Murray threw for 380 yards and a touchdown while rushing for another one.

For the Cowboys, they won against the New York Giants, 37-34. Ezekiel Elliott had a nice game, rushing 19 times for 91 yards and two scores.

CeeDee Lamb led the way receiving with eight catches for 124 yards. The win came at a price, though, as Dak Prescott suffered a season-ending injury.

According to FanDuel, both the Cardinals and the Cowboys are -108 to win this moneyline. In terms of the spread, the Cowboys come in +1 while the over/under for total points sits at 55.

Offensively, the Dallas Cowboys have been the better of the two teams this season in scoring as they are averaging 32.6 points per game (good for 3rd in the league). The Cardinals fall to 16th averaging 25.6 points.

Defensively, it is the Cardinals who hold the major advantage. In terms of points allowed per game, the Cardinals rank 5th overall at 20.4 points. The Cowboys come in dead last in the league as they are allowing 36 points per game.

With the Seahawks and Cardinals ahead of them in the standings, the Arizona Cardinals know they need every victory they can get. For that reason, they will look to take advantage of the Dak-less Cowboys in the game Monday night.

Leading the Cardinals under center this season is Kyler Murray. The second-year pro has thrown for 1,299 yards, eight touchdowns, and six interceptions.

He has also been sacked eight times this season. On the ground, Murray has rushed 41 times for 296 yards and another five scores.

Kenyan Drake leads the Cardinals in the ground game. In 85 attempts, he has rushed for 314 yards and two touchdowns.

Through the air, DeAndre Hopkins has been Murray’s favorite target this year. In five games, he has 45 receptions for 528 yards and two touchdowns.

Defensively, the Cardinals have five players with two sacks while Patrick Peterson has their lone interception this season.

The Cowboys offense took a significant hit with the injury of Prescott. Before the injury, he had thrown for 1,856 yards, nine touchdowns, and just four interceptions. He had also rushed 18 times for 93 yards and three touchdowns.

Now, the Cowboys will turn to backup Andy Dalton. Luckily for Dalton, he has plenty of options to throw to in this offense. Amari Cooper (39 catches, 424 yards, one touchdown) and rookie Lamb (29 catches, 433 yards, two touchdowns) have been strong this season.

On the ground, Elliott is leading the way. He has rushed 89 times for 364 yards and five touchdowns thus far this season.

Despite the poor overall defense, Aldon Smith has led the way for Dallas with four sacks and 26 tackles this season.

While Andy Dalton has never been a top tier quarterback in the NFL, he has never had the type of weapons he has in Dallas. Still, while he will ultimately probably be fine, there are going to be some growing pains for the Cowboys’ offense.