Are Patriots Set To Replace Brady With Newton? 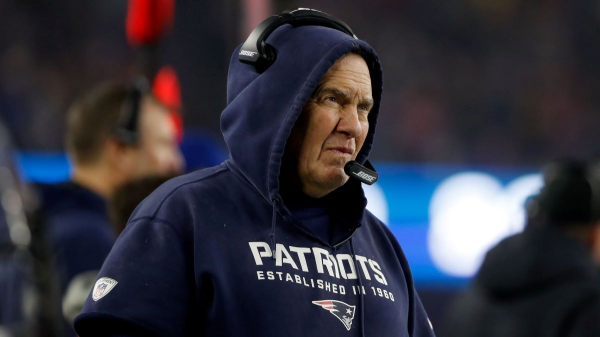 For fans in the Boston area, the unthinkable became a reality when Tom Brady left the New England Patriots to continue his NFL career with the Tampa Bay Buccaneers. While the hole left in the heart of the New England fanbase is robust, the hole at the quarterback position is the more pressing matter.

Many of the QB dominos have fallen into place already. One such domino is Bryan Hoyer, who the Patriots are bringing in on a one-year deal. Hoyer joins Jarrett Stidham and Cody Kessler in the quarterback room.

However, most of the big-name free agents at the sport’s most important position have gone elsewhere:

That last point of free agency news was a big one for former NFL MVP Cam Newton, who now finds himself on the outside looking in on the Carolina starting quarterback job.

After signing Bridgewater, the Panthers gave Newton permission to seek a trade. So, are the stars aligning for Newton to become a Patriot?

No quarterback will be able to replace the 20 years of greatness Brady provided to the Pats, but they’re in dire need of addressing their QB situation as we prepare for the 2020 NFL season.

Let’s take a look at some of the moves Bill Belichick and the Pats could make.

Option No. 1: The Patriots could do nothing. With three quarterbacks on the roster, one of which is a veteran with years of experience (Hoyer), the Patriots could enter the upcoming season with a bridge to their next QB.

Who knows? Stidham may be the next great quarterback, and Belichick will have outsmarted us all once again.

Option No. 2: Go for a QB in the draft. To obtain one of the top quarterbacks, the Pats would need to pull off a big trade. However, it wouldn’t be shocking to see Belichick get it done.

Right now, LSU quarterback Joe Burrow is a -3500 favorite to go first overall, making him a virtual lock to become a Bengal in just over a month.

The next QB on the board is Alabama’s Tua Tagovailoa, who owns the second-best odds (+210) of being drafted second, and the best odds (-110) of going third overall. So, it’s highly unlikely the Pats would be able to move up that far.

However, there are another couple of quarterbacks moving up the rankings that Belichick may have his eye on. Oregon’s Justin Herbert and Utah State’s Jordan Love appear to be hot commodities as we near the draft.

Option No. 3: Jameis Winston is now out of a starting job after Brady joined Tampa Bay. So, a swap for Winston would make reasonable sense in the eyes of many.

However, it’s hard to see Belichick going for a guy who threw 30 interceptions a year ago. Even with the talent to throw for more than 30 touchdowns, Belichick is more likely to rely on defense and special teams with a game manager under center.

Option No. 4: While there are plenty of other options for the Patriots, a likely one is bringing in Newton after pulling off a value trade. Would anyone be surprised to see Belichick wait a couple of months for the Panthers to drop the price on Newton before acquiring the QB for next to nothing?

While Newton may not be Belichick’s ideal quarterback, he’s led a team to the Super Bowl and is the best quarterback on the market when healthy.