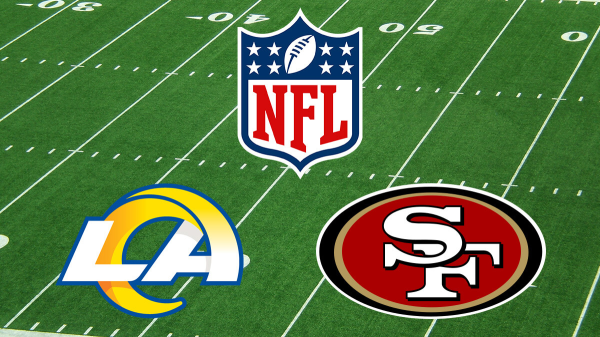 The San Francisco 49ers Energized to Take on the Rams

In their last game, San Francisco went against the New Orleans Saints, and they left with a 27-13 loss. After which, they had a bye-week, having rested and energized for the Sunday fixture. In the game against the Saints, Jerrick McKinnon led the team in rushing, and he managed to have a long run of nine yards, but he was unable to rush for a touchdown on the day. He also rushed for 33 yards through 18 carries, and this gave him an average of 1.8 yards per carry. Nick Mullens passed for 247 yards, had one touchdown, with two interceptions in the game.

The team does have several advantages they are taking to the match against the Rams. One is the obvious fact that they are coming from a bye-week, which means the players would be well-rested, and their recent loss would propel them to fix the chinks in their defense. In one of their previous meetings, they held a win over the Rams, and this means to some extent they understand the formation and techniques of their opponents. This was a game where Kyle Shanahan was very successful in buckling Ram’s defenses with short passes and strategic runs to Deebo Samuel. Also, Deebo has been absent in some games this season, but it seems he is poised to return, placing the 49ers in a solid position for this match.

The 49ers have been affected by injuries, so the bye week in week 11 was a blessing for them. Players who might not be available for the game against the Rams include K’Waun Williams (CB), Tevin Coleman (RB), Deebo Samuel (WR), and Demetrius Flannigan-Fowles (LB).

The Los Angeles Rams Hope to Snatch Another Home Win

In their last game, they played against the Tampa Bay Buccaneers, and they won the match with a close scoreline of 27-24. Generally, the team has solid players, and they have shown their strengths in previous games.

Running back Malcolm Brown properly paced the team on the field, yet despite a long run of 14 yards, he actually never crossed the endzone through the rush. By way of three carries and a total of 20 yards, he also got an average of 6.7 yards per rush. The team’s wide receiver, Cooper Kupp, led with a total of 145 yards on 11 receptions. He also notched an average of 13.2 yards per catch for the game. Quarterback, Jared Goff, threw two picks on the day, passed 376 yards through the air, and completed three touchdowns.

The Rams also had 22 first downs and five penalties for up to 65 yards, but overall they got 71 plays and a total of 413 yards. With regards to their defense, the Rams have conceded 26 catches on 48 throws, which totals 209 yards. They have a completion percentage of 54.0%. For the game against the Saints, they conceded a total of 251 yards, and this earned them two takeaways.

The team’s players who might be unavailable due to injuries include Tyler Higbee (TE), Micah Kiser (LB), and Brian Allen (C).

While the 49ers are coming from a bye-week and with several impactful players, the Rams are coming from an intense Monday Night Football game. However, the Rams have proven to know how to wear down a defense in their game against Tampa Bay, whom they held against 251 yards of total offense.

Also, the Rams have covered four of their last six games, which were played on home base, while the 49ers have failed to do the same in four of its last five games where its opponent already had a winning record.