Wisconsin VS Nebraska Match Cancelled Due To Covid-19 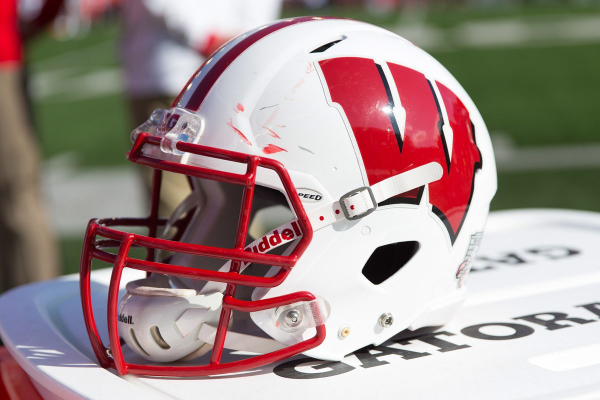 On Wednesday, the University of Wisconsin announced that it would suspend all its football team activities for at least seven days, meaning that its scheduled game against Nebraska on Saturday has been canceled.

A statement from Wisconsin Football said that within the past five days, 12 persons within the football program have tested positive for COVID-19. This includes six players and six staff members, including the head coach Paul Chryst.

Chryst, in a statement released by the university on Wednesday, said that he received the news that he tested positive for Covid-19 on Wednesday morning, having taken a PCR test the previous day. He went on to say that he has informed his staff and the team, and that he is currently in self-isolation and that he feels well.

He further stated that he was frustrated for the players and staff who have invested a lot into preparing for the game scheduled for this weekend. He reiterated, however, that the safety of the team and coaching staff is paramount to the program and is the top priority, and he is 100% in support of the decision to suspend all team activities.

League protocols state that coaches who are infected must be in isolation for 10 days.

Wisconsin Athletic Director Barry Alvarez said that the health and wellbeing of student-athletes, coaches, and staff members have always been a top priority, and seeing a growing number of student-athletes and staff contract the virus over the past few days has prompted the decision to pause all football-related activities for at least seven days.

Wisconsin quarterback Graham Mertz tested positive for Covid-19 for a second time on Tuesday and will not be eligible to play for at least 21 days, even if the Badgers return to the field before then. Mertz shined for the Badgers in their season opener, completing 20 of 21 passes in a 45-7 win over Illinois.

The canceled game will now result in a ‘no contest’ ruling from the Big Ten League and will not be rescheduled due to the conference’s schedule constraints.

When will the Badgers Return?

Infected players are to be quarantined in hotel rooms for the next 10 days. Alvarez said that quarantining the athletes is the most important thing to get things under control. He also said that the decision about the next game would be made when the time comes, as neither he nor Chryst was able to speak to the expiration of the seven-day pause.

The next scheduled game for Wisconsin is a home game against Purdue on November 7th, 2020.

Since the conference began its season on October 24th, Saturday marks the second week of Big Ten action in 2020. The conference plans to have an eight-week schedule completed by all teams, with the Big Ten Championship scheduled for December 19th.