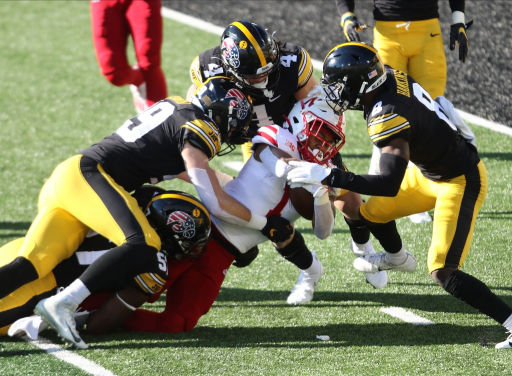 The Kinnick Stadium will provide the venue for this coming Saturday’s College Football action between the Wisconsin Badgers and the Iowa Hawkeyes. The Wisconsin Badgers go into this matchup after blowing out Nebraska in an emphatic fashion to grab the first position in the Big Ten’s West Division. The Badgers now have five wins in a row and have their destiny in their own hands, with two more wins earning them the coveted trip to the Championship game. The team expects that the first of these victories will come when they travel to Iowa City to face the Hawkeyes on Saturday afternoon.

Odds for Wisconsin vs Iowa

The Hawkeyes had an impressive win of 30-14 against Illinois in their last game to position themselves within a game in taking control in the West. In the game against Illinois, they gained 551 yards while allowing only 235 yards for the Illini. The team also had 268 rushing yards compared to their opponents’ 88 yards, while they managed to maintain possession for around 36 minutes. Their stats in the last game were generally impressive in every aspect.

Mark Weisman, the Iowa Hawkeyes running back, played his best game for the whole season and managed 134 rushing yards. Jake Rudock, the starter at quarterback, had an improved ratio of touchdowns to interceptions with his 12-4 combined with some scoring tosses. The Hawkeyes’ offense is not as good as their defense and ranks 18th in the whole country. It has only allowed 325 yards on average in each game.

The Badgers had to pull a record-setting performance in their last game against the Huskers to win it by 59-24 after allowing them to take an early lead of 17-3. The teams’ running back Melvin Gordon had the best game of his life to help the team pick an easy cover. In the game against Nebraska, the Wisconsin Badgers gained 627 yards compared to their opponents’ 180 yards. They also managed 581 rushing yards, with Gordon managing 408 yards and 25 carries on his own.

The team now ranks top in the Big Ten West over Iowa, Nebraska, and Minnesota by a single game. Wisconsin has recovered from their slow start to the season, which saw them record two losses in their first five games. They have now won their last five games in a row with 44-15 as their average score.

The Wisconsin Badgers has a 3-7 ATS in their past ten games playing against Iowa, while the Iowa Hawkeyes has a 5-2 ATS straight from their previous seven games. Last year, Wisconsin emerged with a win of 28-9 in Iowa City, and with the Badger’s recent form, the final margin is expected to be the same this Saturday. Iowa has managed fewer rushing yards in three of their past five games and has allowed their opponents 291 yards in the game against

Minnesota. The Wisconsin Badgers are expected to win this as long as they keep possession of the ball and allow enough room for the cover. The prediction for the game is Badgers to win with 34-17.