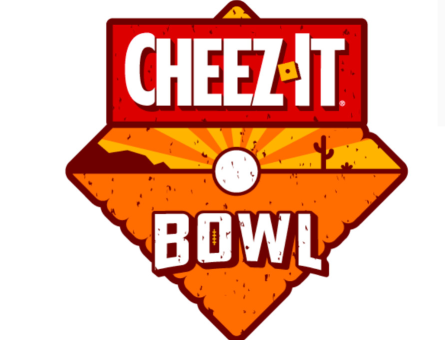 The Oklahoma State Cowboys are set to take on the Miami Hurricanes in the Cheez-it Bowl on Tuesday, and this is really one of those anything can happen type of games. Not only is that evident by how evenly matched the two teams are on both sides of the ball, but also due to the variety of different opponents they have faced.

If nothing else, this has made it difficult to really pick a winner for this game, which is what everyone is probably looking for. Unfortunately for those thinking there is a simple answer to who will win, there really isn’t. These teams are just too similar to pick between, and gamblers need to be aware of that going into this game.

Looking at the Oklahoma State Cowboys, they are 3-2 in the last 5 games, but suffered a 29-22 loss to the TCU Horned frogs that really chipped away at their momentum. Their other loss was a 41-13 blowout to #6 Oklahoma, who easily held Sanders to only 97 yards. Now, if Sanders has another game like that, it’s obvious that the Hurricanes will capitalize and come out on top.

Speaking of the Hurricanes, the team is 4-1, in the last 5 games but were beaten badly in last week’s game against UNC. In fact, the Hurricanes lost 62-26 to the 8th ranked team in the nation, which is not a good thing for their momentum either. Whether that lopsided loss plays a role in next week’s game remains to be seen, but it will certainly be a talking point if the Hurricanes start to implode.

Like it or not, this game is going to come down to a variety of factors that are going to be difficult to predict. Of course, things will become clearer after both teams get a few downs under their belt, but that advise doesn’t help those who are betting before the game. That’s why you might just want to wait until game day to place your bet.

Again, there are just too many factors and scenarios to account for, which is going to make this game very much a wait and see kind of affair. That doesn’t mean you can’t have fun, and win a little money, but make sure you know what you are getting into. Furthermore, make sure to account for every viable option before placing your final bet.

For example, what if the Oklahoma State Cowboys are down by 3 with just over 2 minutes to go? Although one would think Spencer Sanders could easily work his way down the field for a score, his turnover issues show otherwise. That’s why Sanders might not be the best Quarterback to lead his team to a comeback victory over Miami

In all, Sanders has thrown 5 touchdowns and 5 interceptions in his last 4 games, making him not a very reliable option at times. He does have an average pass of 8.2 yards, but that’s not going to help if he throws a pick 6 on the very next play. It also will force the Oklahoma State defense into being on the field more, and that’s not good news either.

As for the Hurricanes, the game comes down to what they can do on defense. Now, Miami does have a great Quarterback in D’Eriq King, but also have a defense that gave up a total of 260 points this season. Compare that to the Oklahoma State defense, who have only allowed 196, and you finally start to see a difference between these two teams.

According to Fanduel, The Oklahoma State Cowboys are listed at –128 on the MoneyLine, making them the favorite heading into Tuesday’s game. The Cowboys are also the 1.5-point favorites to defeat Miami, but don’t let that fool you. In fact, let that slim margin be a warning sign that this is truly anyone’s game.

The over/under is listed at 60.5, which should be fun to play with given how strong both offenses are. What’s very interesting though is the Cowboys being the 1.5 point favorites despite having a plethora of turnover issues. Maybe that’s why they made it a 1.5 spread, but it still shows that oddsmakers don’t have a lot of faith in Oklahoma.

Gamble at your own risk when it comes to this game, but keep in mind that the Hurricanes have a better turnover ratio, On the other hand, Oklahoma State seems to have the better defense of the two teams, which could very well be one of the deciding factors for the game.

If nothing else, it’s all going to come down to who’s defense turns out to be better during this bowl game. Of course the running game could end up being a factor, but neither offense is really known for their run game. This means it will pretty much be a battle of the Quarterbacks, and D’Eriq King just seems to be a better pick than Sanders.

After extending their hot and San Diego’s cold streak, the Seattle Mariners will be looking to leave Petco Park with a two-game sweep as they take on the Padres this afternoon. Yesterday, the Mariners pounded out a dozen hits and plated eight runs, and Chris Flexen pitched 6.2 shutout innings to collect his third straight END_OF_DOCUMENT_TOKEN_TO_BE_REPLACED