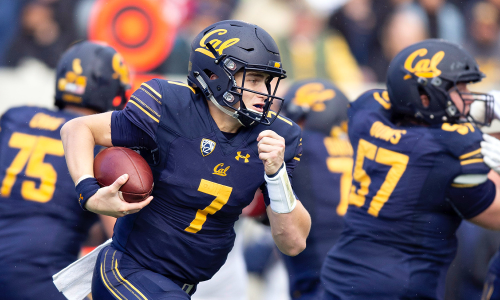 Washington has a new head coach in Jimmy Lake who hopes to make defense the team’s core priority. The team is hugely intact from the previous season. California also had a great 2019 season and are looking to get into this season by building on their previous great results. The game will kick off at 10:30 PM EST and will be live on ESPN.

The Huskies generally had a great and successful year despite the North Division proving difficult in 2019. The team finished in the third position in the division, and only Oregon and California finished in front of them. This success earned them a trip to the bowl in Las Vegas.

Chris Petersen, the former head coach for Washington Huskies, boasted a huge victory in his final game by defeating Boise State with a scoreline of 38-7. The 2019 season saw Washington Huskies finish with 8-5 and another record of 4-5 in the Pac-12 Conference.

These changes make the team a very dangerous opponent to face. Washington’s defense lacked third in passing and had 13 interceptions in the 2019 season. Kevin Thomson, a player, coming over from Sacramento state, will assume Washington’s quarterback role after his transfer. In the 2019 season, Thomson managed 52 touchdowns and 12 interceptions. However, the team will be lacking a starting quarterback, which may prove to be a significant issue.

The California side also had a highly successful season in 2019, where they finished second behind Oregon. Their season ended with the team posting an 8-5 record and another 4-5 record in the Conference play of Pac-12. The Golden Bears, as they are popularly known, had no chance of matching up with Oregon, who had an 8-1 record in the conference rankings. The Redbox Bowl offered some form of consolation where the team managed a good win of 35-20 against the Illinois team.

The Golden Bears head into the new season with the head coach, Justin Wilcox starting his fourth season as the team’s head coach. Bill Musgrave is the side’s first-year offensive coordinator alongside Peter Sirmon and Tim DeRuyter as the defensive and co-defensive coordinators. Chase Garbers, California’s quarterback, will be returning in this game after playing nine games in the 2019 season. He managed to complete 60.9% passes, threw for 1772 yards, and had 14 touchdowns. He also had three interceptions and another three touchdowns on the ground.

California has managed to beat Washington in their previous two head-to-head matchups. Both of these losses were sad for Washington, a team that managed to eke out in back-to-back games. California pulled a 20-19 win against the Huskies last season after they handed them a loss of 12-10 a year earlier. The game was particularly memorable because of the defensive battle on the show. California’s defense has been key in their head-to-head matchups with Washington, which will still be key this Saturday.

On the other hand, California’s previous 11 games played in November have an ATS of 10-1 while it is 4-1 ATS in the past five games overall. In their past seven games on turf, California is 2-5 ATS while it is 1-6 ATS in their previous seven matches at home.

To get all the odds, analysis and trends feel free to check our Southern Alabama vs. Georgia Southern Betting/Odds/Picks bet preview