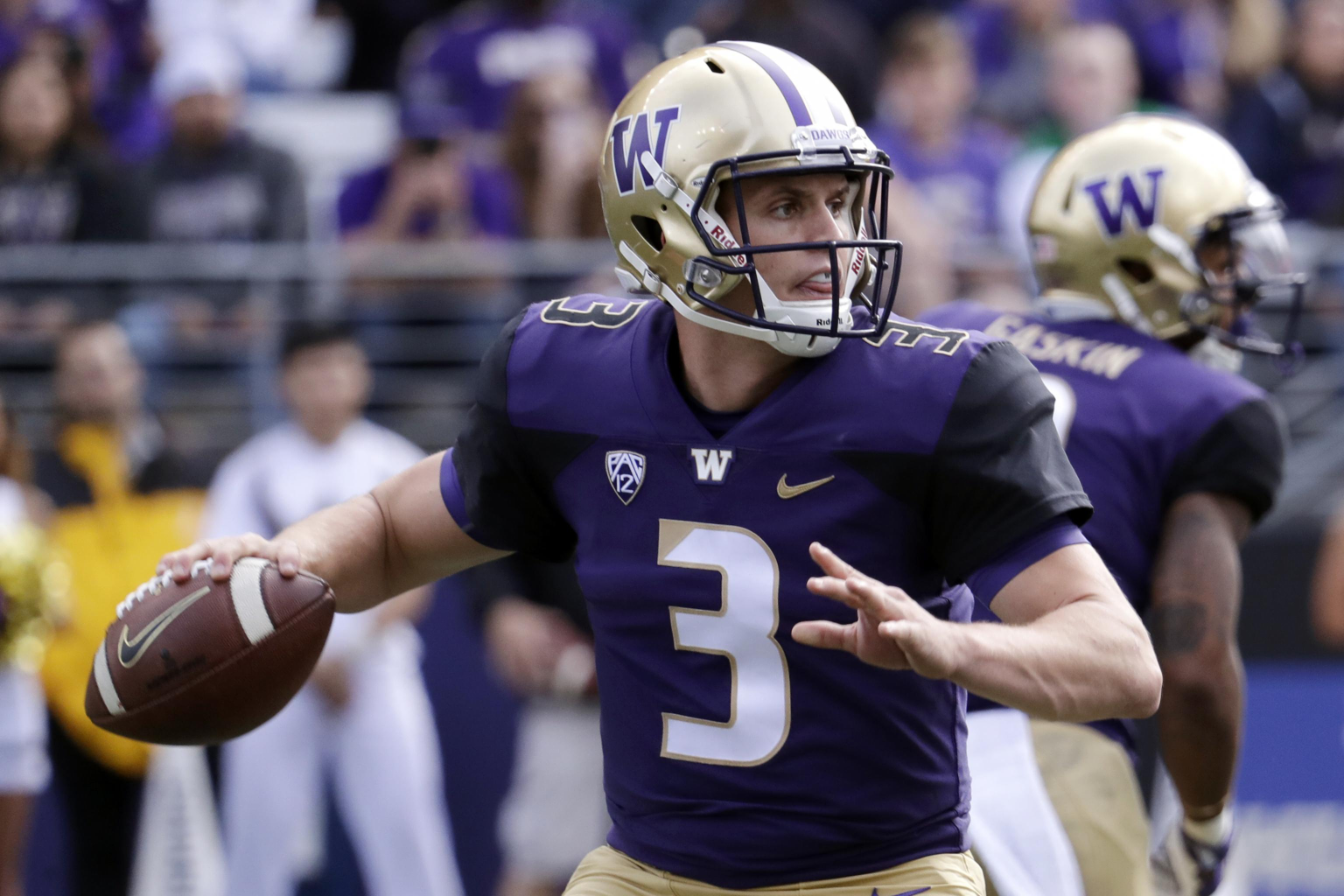 This week was supposed to feature the latest edition of the Apple Cup between rivals Washington and Washington State. But instead of a trip to Pullman, the undefeated Huskies now get to be at home this weekend.

Jimmy Lake’s first season as Washington head coach has started well, as the Huskies are off to a 2-0 start. After holding off Oregon State in their opener, they had much less trouble in a 44-27 win over Arizona last weekend. The game wasn’t at all close, as Washington led 37-0 after three quarters before allowing four fourth-quarter touchdowns.

After having two games canceled, Utah’s season finally got underway last week at home against ranked USC. The Utes were in it at halftime but were shut out in the second half in a 33-17 setback. In the loss, quarterback Cameron Rising suffered a season-ending injury in his first career start for the Utes. As a result, former South Carolina starter Jake Bentley now has the reins.

Can Bentley step up for Utah? Bentley was solid in his South Carolina career, throwing for 7,527 yards, 55 touchdowns, and 32 interceptions in three-plus seasons before a foot injury suffered in the season opener against North Carolina ended his season. Bentley transferred to Utah after the season but lost out to Texas transfer Rising in the starting quarterback battle.

Against USC, Bentley was 16 of 28 for 171 yards, one touchdown, and two interceptions. Some rust could be understandable since it was his first game action in over 14 months. But he will need to be much better if the Utes are to have a chance to pull off the win.

Washington has been strong defensively other than the fourth quarter against Arizona when the result was already well beyond doubt. They held Oregon State’s Tristan Gebbia to 85 yards on 11 of 24 passing, while Arizona’s Grant Gunnell was put under heavy pressure and had a poor game before heating up late.

The Utes must stop the run: Washington has done a lot of damage on the ground thus far this season. Against Oregon State, the Huskies ran for 267 yards. Against Arizona, they ran for 233 yards.

As opposed to one person doing the most damage, it’s been a committee of rushers. Sean McGrew, Richard Newton, Kamari Pleasant, and Cameron Davis have helped pile up the yards.

Utah produced a decent defensive effort against the run against USC, holding the Trojans to 93 yards on 31 carries. A strong effort will be required to keep Washington from running away in this one. Huskies quarterback Dylan Morris hasn’t had to put up big numbers yet, so the Utes need to try to put the game more in the freshman’s hands and see if he can beat them.

Washington -120 ML 1st quarter: The Huskies have gotten off to a fast start in both of their games. Against Oregon State, they led 10-7 after the first quarter. Last week, they blew Arizona away in the first stanza, running out toa 17-0 lead.

1st half over 24.5: Both of these programs are renowned for being strong defensively, but this is actually a solid shout. Washington put up 24 points in the first half against Oregon State, and they repeated the feat against Arizona.

Meanwhile, the first half was the highest scoring half in Utah’s game against USC. The two teams combined for five touchdowns in the second quarter alone as USC took a 24-17 lead.

Defense and the ground game have led the way for Washington in their two wins, and those two areas are why the edge lies with them in this matchup.

Bentley comes in with a wealth of experience in arguably the toughest conference in college football. If he can perform well and shake off the pressure he will face from a defense that registered five sacks last week, Utah could have a chance.

In the end, however, Washington will move to 3-0 on the season and should be backed to cover the spread.