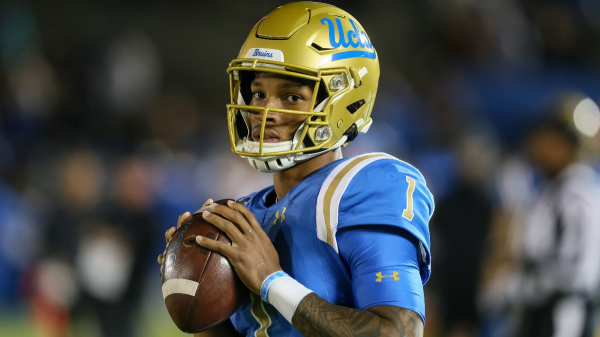 The Utah Utes will be hitting the road to face the UCLA Bruins at the Rose Bowl, Pasadena, California, LA, USA, for a PAC-12 football matchup on the 15th of November. The game will be broadcasted live on FS1 Channel and will kick off at 3:30 PM EST.

The Utah Utes Hungry for a First Game Victory

For the Utah Utes, this will be their first game of the season. The team’s season opener was to be against the Arizona Wildcats but was canceled due to COVID-19 complications. The Utah Utes performance during the last two seasons was quite impressive. However, alterations have been made to the team, and this season’s outcome does not look clear.

On defense, the Utah Utes had a good season, only allowing their opponents an average of 15 points per game. However, there are major alterations to the defensive lineup, as star player defensive end Bradlee Anae, who had 14 TFLs and 13 sacks last season, needs to be replaced. Center back Jaylon Johnson, who has 2 interceptions, will also not be playing this season.

Although the team has not had any game this season due to coronavirus complications, and we do not know what to expect this season, especially with the changes in the team’s lineup, and two players out for the season due to injuries, Tyrone Young-Smith and Skyler Southam. Despite these new developments, it seems that the Utah Utes will put up a good performance on the 13th.

The UCLA Bruins To Bounce Back After their Last Outing?

The UCLA Bruins suffered a defeat at the hands of the Colorado Buffaloes, the game ended with a final score of 48-42. The Bruins QB Dorian Thompson-Robinson threw for 303 yards scoring 4 touchdowns and 1 interception in the team’s first game of the season. The UCLA Bruins have a record of 42.0 points per game.

The Bruins defense in the game against the Colorado Buffaloes performed poorly, allowing a total of 525 offensive yards from the Buffaloes. The defense was headed by DB Stephan Blaylock, who secured 9 solo tackles.

The UCLA Bruins have their share of unavailable players due to injuries and health conditions, including Ethan Fernea, Martin Andrus He, Steven Mason, and Kenny Churchwell III.