Tulane Takes on Nevada in the Famous Idaho Potato Bowl 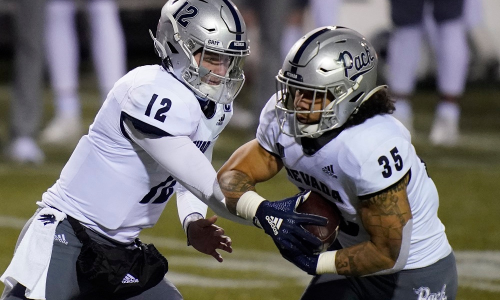 It is Bowl Season, and the Famous Idaho Potato Bowl will feature the Tulane Green Wave (6-5) and Nevada Wolf Pack (6-2). This match-up is scheduled to take place on December 22.

This will be a back to back appearance for the Nevada Wolf Pack in the Idaho Potato Bowl. However, they had lost to Ohio last season by 30-21. The Tulane Green Wave featured in the Armed Forces Bowl last season, and they defeated the Southern Mississipi by 30-13.

The Tulane Green Wave team started the season slow with a 2-4 record, sustaining their first defeat to the Navy Midshipmen 27-24. Thereafter, they had three back to back defeats to Houston Cougars 31-49, SMU Mustangs 37-24, and UCF Knights 34-51.

The Tulane Green Wave had their last appearance on December 5 against the Memphis Tigers. Tulane was victorious with a 6-point differential, 21-35.

Tulane averages 35.4 points per game and ranks 22nd in the country offensively, while the defense has allowed an average of 138 yards per game, ranking 39th in the country.

RB Tyjae Spears and Cory Dauphine will be unavailable for the Tulane Green Wave in this fixture against the Nevada Wolf Pack.

The Nevada Wolf Pack started the season amazingly well, with great intent to an end in the same accord. Nevada had won 6 out of their 8 game conference schedule, only lost for the second time in their last fixture. They were defeated by the San Jose State on December 11, by a 30-20 scoreline.

Nevada averages 29.9 points per game, ranking at 53rd in the country, with an average of 325.1 yards per game.

The Nevada Wolf Pack will be without WR Melquan Stovall and Elijah Cooks against the Tulane Green Wave.

Nevada will be walking into familiar territory, having featured at the Idaho Potato Bowl last season. They are coming into this game with the strong intent to right the loss they had sustained to Ohio at the Idaho Potato Bowl. Tulane relies heavily on its running game offensively, having struggled against the pass, with Nevada’s gameplay highly reliant on slowing the running game and throwing the ball. While Nevada is the underdog, they are our choice to secure the win.