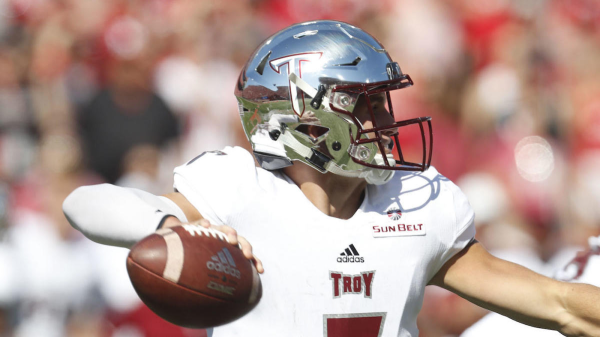 This is the latest game on the slate this Saturday. Layer in the SEC launching their season this week and it is easy to understand why this game is not getting a lot of interest overall. Both teams are 1-0, but this is kind of a weird spot, as there is not much history between these two programs.

This BYU team looks solid in all phases and they are going to be a tough out this season with their experience and continuity. Also, getting to Provo is a bit of a hike, so when they are at home they are going to be in an advantageous situation. There is some altitude there too, so in a season where nobody is in the shape they want to be, that could be an even bigger factor than usual, especially for second half lines which can be a little soft.

We only have one data point for each of these teams and I think it is fair to say that both might have outplayed their expectations in their season opening wins. It is no surprise to see that BYU is a solid favourite at home, but the line has moved from 15.5 down to 14 even though the majority of the tickets are on BYU. That tells you that there may be some smart money bought in early on Troy.

The Trojans are on a downward trend right now. They lost their successful coach, Neal Brown, before last season and last year they struggled. Expectations were not really there for a renaissance this year, and just being competitive in the Sun Belt should be about their ceiling. As for BYU, they opened some eyes with that win over Navy. As a more experienced team, you can see how BYU might be a little better positioned to deal with the specifics of life/football during these pandemic times. They have talent too, especially in the trenches, where they should dominate again this week. I am not sure the number dips any further so now might be the right time to buy in on BYU. The Cougars should win easily at home

Troy used to be such a fun team to back in these kinds of situations, as under Brown they were able to scare and even knock off some “brand” programs. This team is not at that level, and this looks like a bad spot with the travel. I would not recommend the premium with BYU but the Cougars are the play if you have to go money line.

Troy’s win over Middle Tennesse reached 61 points while BYU’s win over Navy got to just 58, so this is not a shocking total. I am leaning under here because things are not going to be as easy for BYU as they were against the Middies, who have acknowledged they were not really ready for that game. Middle Tennessee might be the worst team in college football this season, so the fact that the Trojans went over last season’s ppg average in the win looks like more of an outlier to me. Plus, I do expect Troy to tire in the second half after being leaned on by a bigger team BYU all game