The Bedlam Returns on Saturday 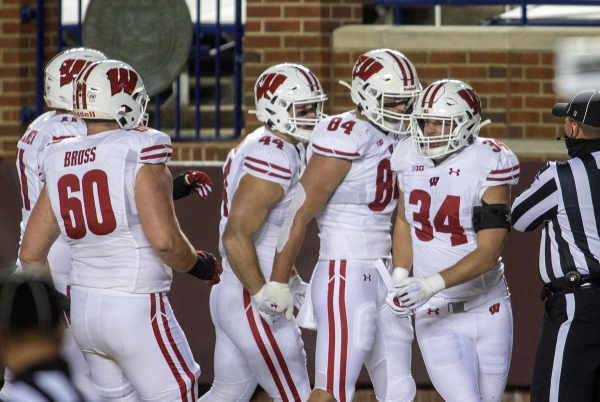 The Bedlam is anything but boring. The rivalry that dates back 116 years to the very first meeting between the Oklahoma Sooners and Oklahoma State Cowboys has featured some of the highest-scoring college football games of the year. For the last 12 years, the series has averaged 74.8 total points per game, with the Sooners winning five-straight games against OSU.

Saturday’s Kickoff is slated for 6:30 p.m central time, and both teams are fighting for a spot in the Big-12 Championship. The Cowboys have not beaten the Sooners while both teams were ranked since 2011 when OSU was No.3 in the FBS standings.

With all the COVID cancellations of some top-tier games this weekend, it will be nice to relax and watch one of the longest stemming rivalries still happen, sadly a limited number of fans will be in attendance in Norman where normally 87,000 people squeeze into The Palace on the Prairie to watch this game.

The points total bet is safe this year

In the last 12 years, the over has gone 7-4-1. In the four years it didn’t hit, the average closing total was 65 points. This year the closing total sits at 59 points, so bettors should have confidence in their ability to go for another shot at the over.

The only reason why it would not hit is because of the Cowboy’s defense. After OSU lost to West Virginia where the Mountaineers threw for 285 yards, their defense has not allowed any other team to put up over 200 yards in the air. That doesn’t mean they aren’t capable of surrendering points, though. OSU gave up 41 points to Texas in the overtime loss on Halloween,

The Cowboys have the second-best pass defense in the Big 12, but the Sooners have the number one scoring and passing offense in the conference. It will have to come down to how effective Spencer Rattler will be through the air and if he can continue to perform similarly to how he did at the beginning of the season.

The star redshirt-freshman and once Heisman hopeful has been underperforming compared to his numbers at the beginning of the season. In the first four games, Rattler threw for 1,186 yards, 13 TD and five interceptions. In the last two games, Rattler averaged 250 yards per game with only three total touchdown passes. He threw for one touchdown against Kansas, which is the first time he has done that all season.

The regression isn’t a significant amount, but it appears as if the development has taken a step back for the young quarterback. Not to say it is anything to be worried about, but against a talented Cowboys pass defense, Rattler can’t afford to start decreasing in his quality of play.

Rattler leads the entire Big 12 with 288 passing yards per game and a 172.1 passer efficiency rating.

The other Spencer who plays quarterback in this game is OSU’s Spencer Sanders who is ranked as the 7th best passer in the conference. Sanders was the 2019 Big 12 Offensive Freshman of the Year and has played in only four games this year due to injury. He came back in the matchup against No. 17 Iowa State and has completed 67 percent of his passes for 743 yards with five touchdowns and three interceptions in three games since. He also put up a career-high 400 yards passing against Texas.

What will determine this game

For Lincoln Riley and the Sooners, it will be their offense against a talented defense. What it is going to take for Oklahoma to avoid their first three-loss season since 2014 will require consistent play from the entire offense. Their rushing game led by T.J. Pledger has not succeeded in comparison to OSU’s Chuba Hubbard, who is third in the Big 12 in rushing yards.

The Cowboys have the second-best rushing attack behind Iowa State who averages 200 yards per game on the ground. The Sooners average only 165 yards rushing per game and rank fifth in the conference.

OSU will have to rely on their defense to create turnovers and possibly score. They have only four interceptions on the year.

FanDuel and DraftKings both like the Sooners to outduel the Cowboys in a possible shootout. However, I can see a similar situation when Oklahoma played Iowa State back in Week 3 where the Cyclones’ defense kept their offense in it the whole way through and eventually stole a 37-30 victory late in the fourth quarter. OSU has an even better defense than ISU does, therefore if they can hold Rattler to less than 250 yards passing and one touchdown…Bedlam may belong to the Cowboys.

I am taking the over on the total points but am taking the Cowboys to beat the spread and get the win over the Sooners on Saturday.