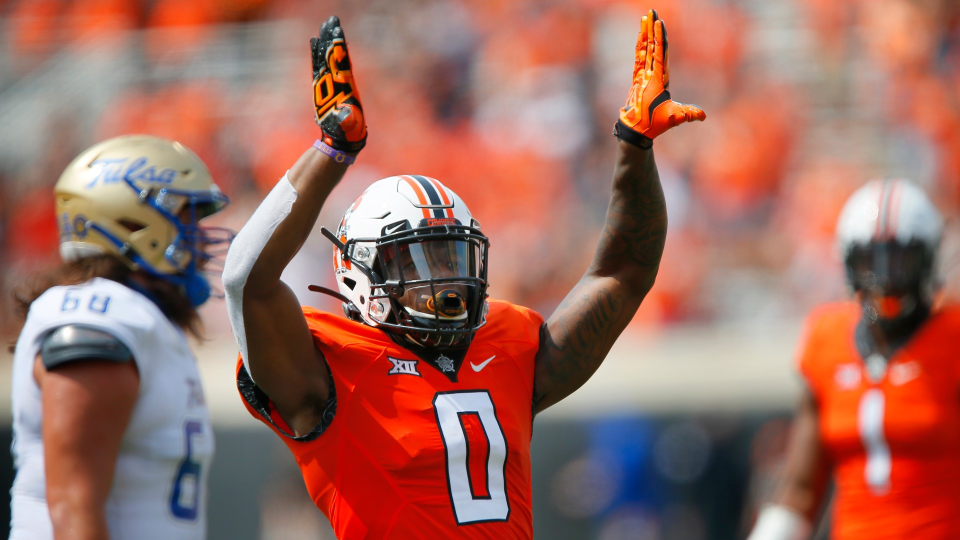 This Saturday, we have a Halloween special in Stillwater as Sam Ehlinger and the Texas Longhorns square off against Chuba Hubbard and the Oklahoma State Cowboys at 4:00 P.M ET.

The Longhorns roll in posting a disappointing 3-2 (2-2 Big 12) record but are looking to get back into Big 12 championship talks if they can knock off #6 Oklahoma State on the road.

The Cowboys come into this game with a 3-0 conference record and seek to continue that streak by bashing Texas in hopes of a college football playoff bid at the end of the season. This game is a must-watch this weekend, as it has major implications on who can take control of the Big 12.

In the past four years, the phrase “Texas football is back” has become more comical every season. Tom Herman still can’t figure it out and will most likely be gone after this season. In his tenure as the Longhorns head coach, he has led the team to a 28-17 record, with not even one conference title. If the Longhorns want to keep any conference title hopes alive, they have to win out.

Defeating Baylor last weekend was a good confidence boost as Sam Ehlinger looked like his old self, averaging nearly 12 yards per pass attempt. The Longhorns defense looks like it made some adjustments after getting shredded by the run game against TCU (212 yards allowed) and Oklahoma (208 yards allowed); they only allowed 64 rushing yards against Baylor. However, Baylor doesn’t have a 2,000-yard rusher in their backfield like Oklahoma State.

It is not like the Longhorns are a bad team. They have tons of talented recruits, but the coaching staff has been the program’s downfall in recent years. Texas is turning the ball over way too often, as they fumbled on the 1-yard line against TCU with under 2 minutes in the game, eventually losing that game 33-31. Sam Ehlinger will have to make plays with his feet, and the defensive line has to win the line of scrimmage if Texas wants to come out of Stillwater with a W.

Mike Grundy’s new haircut has sparked a new life into the program, as the Oklahoma State Cowboys come into this game posting a perfect record of 4-0 (3-0 Big 12), and are the only undefeated team overall in the Big 12. The Cowboys have been known for their explosive offense, usually racking up big numbers, but their defense has kept them undefeated. Their defense is only allowing an average of 12 points per game and has given up a total of 48 points this season, which is almost unheard of in the Big 12. They are first in the Big 12 in defensive scoring and 19th nationally in total defense.

The offense got quarterback Spencer Sanders back from injury and will rely on him and Heisman hopeful running back Chuba Hubbard to dominate this game. Sanders threw for 235 yards, and rushed for 71 yards in a 24-21 win against #17 Iowa State last week. He continues to get healthier as we get closer to this matchup against Texas.

We should see Grundy go to ground attack, because why wouldn’t he? Hubbard has come off a stellar 2019 season where he rushed for 2,094 yards and 21 touchdowns, and he already has 478 rushing yards and five touchdowns this season.

The #6 Cowboys have proven they have all the tools to make a possible trip to the Big 12 championship, and possibly a place in the College Football Playoff. They look to ride the momentum from last week’s close win into this game and are ready to battle against the Longhorns at home.

-The game total has hit OVER in 7 of the last 8 games Texas played on the road against Oklahoma State.

-The Longhorns are 1-4 ATS in their last 5 games on the road.

I think that Oklahoma State is finally coming together, especially on the defensive side. Yes, Texas did hold Baylor to 64 rushing yards, but Baylor averages 98 rushing yards per game. Chuba Hubbard is too good for this soft Texas front. Texas doesn’t have enough weapons for Sam Ehlinger, and the Cowboys will take away his rushing game early in the game. However, Texas will be able to keep this game close, but I doubt they’ll be able to close. I like Oklahoma State winning a close game.