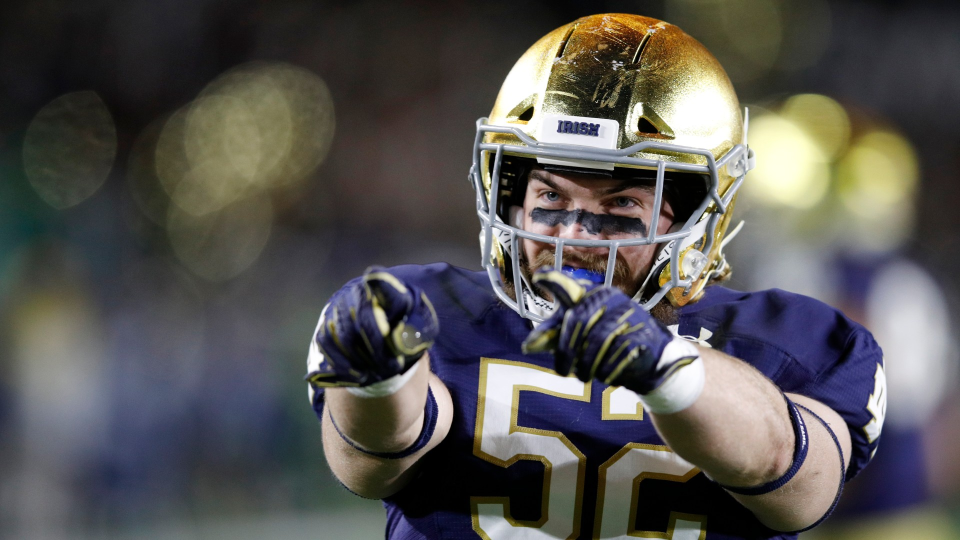 Two teams at very different ends of the spectrum connecting in this one. Notre Dame just has to win their last couple of games. They are seeded well for the playoffs and are heavy favorites in this game, they just have to win it. If they are off their game for any reason and don’t cover this big number it would be understandable, but they have to win the game or the season can turn in a hurry with another game against Clemson on the horizon. So much has gone right this season but they have to close out with victories.

The exact opposite is happening at Syracuse where pretty much nothing has gone great. The Orange have just one win on the season and have lost every which way. I suppose a 5-5 ATS record shows some level of predictability, but that is not going to help them on the road at Notre Dame. This team has significant injury challenges and that is just the beginning. Odds are this coaching job could be open after the game. Dino Babers has lost all the momentum of the 10 wins he banked two seasons ago.

This is a really big number. Notre Dame has been on a roll of late, covering in four of five, but the one miss was as a 20.5 point favorite against Georgia Tech, ironically the only team that Syracuse has beaten this season. ND has only two games lined at over 20 points this season and they are 1-1 ATS in those game (they demolished USF at -23.5 winning 52-0). Syracuse has actually faired well in games where they were expected to get destroyed. They were +5 against Clemson, but covered that one, and they covered their only other spread over 20 points too, against Pittsburgh early in the season.

As much as my instincts are saying take the points, I am just not sure where Syracuse goes to get stops on D or to score points (their backup QB has been pretty useless). Their offense has scored over 21 points just once all season and even getting to that number will be a challenge.

When Notre Dame has the ball, QB Ian Book has been making all the right decisions this season. Best of all he is running the ball when the play just isn’t there and moving the chains that way rather than forcing it in there. Notre Dame has everything working for them so even this is a monster of a number to cover I don’t have any confidence in Syracuse keeping up.

There is no value in picking Notre Dame to win here. Evan as an addition to a money line parlay it is just not going to do much for your payout and it comes with some degree of risk, all bets do. While Syracuse has proven they can cover a large number they have not threatened any of their opponents in those games with big spreads. Even against Pitt they lost by 11. While nothing is impossible, I can’t see a scenario where Syracuse actually gets a win. Notre Dame has to be the play.

If we are taking Notre Dame and spotting all of those points we would be well served by a strong defensive effort by the Fighting Irish. That is what I am counting on here. They just did a great job against North Carolina, one of the most diverse offenses in the nation. They shut them out in the second half and I think there is a good chance they do the same to Syracuse for both halves. Predicting shutout to get an under is not the way I would normally go about things, but it would not be a shock in this matchup, the way these teams are playing right now. Even if Syracuse gets 3 or 7, I still feel confident in the under. They got 20 against Clemson but ND has had the more consistent defense this season.

After extending their hot and San Diego’s cold streak, the Seattle Mariners will be looking to leave Petco Park with a two-game sweep as they take on the Padres this afternoon. Yesterday, the Mariners pounded out a dozen hits and plated eight runs, and Chris Flexen pitched 6.2 shutout innings to collect his third straight END_OF_DOCUMENT_TOKEN_TO_BE_REPLACED