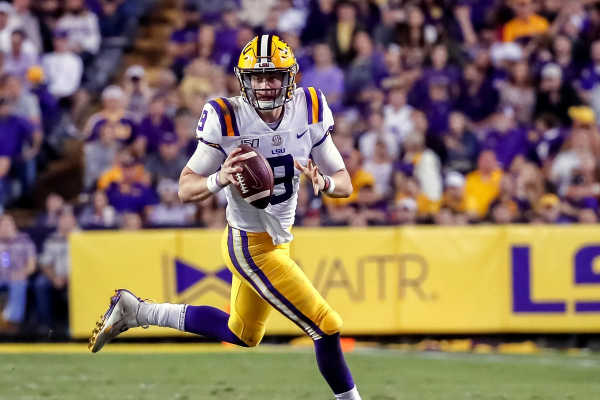 Conference championship games are upon us, and on Saturday, one of the most exciting games of the weekend takes place in the SEC as the No. 4 Georgia Bulldogs (11-1) and the No. 2 LSU Tigers (12-0) do battle at Mercedes-Benz Stadium in Atlanta. The outcome of this game will have ramifications beyond just a conference championship. With both teams ranked currently in the top four, they would both be in for the College Football Playoff.

However, one of these teams has to lose, and that could have a ripple effect for the final rankings. For either team, it is win and you are in. However, a loss could be devastating. For Georgia, having two losses would likely open the door for another team to move into the top four.

Currently undefeated, the Tigers may have a better chance of holding on even with a loss. Still, it will feel like a must-win for both teams. Kickoff for this one is scheduled for 4 pm ET.

LSU has won all 12 games that it has played this year. The Tigers have signature wins throughout the season over No. 12 Alabama (46-41), No. 11 Auburn (23-20), and No. 9 Florida (42-28). They are led by arguably the best quarterback in college in Joe Burrow and will look to overtake a tough Georgia defense.

The Tigers come into this one as seven-point favorites. The over/under for total points scored currently sits at 55.

Georgia is certainly going to have its hands full on Saturday as it faces LSU, but if its defense can hold Burrow and the Tigers down, Georgia might have a chance to pull this off. Still, that is a big task to ask even of the second-ranked defense in the nation as the LSU offense has been rolling. As a result, it will be up to Jake Fromm and company to do their job too. Fromm has had a decent season, passing for 2,385 yards, 21 touchdowns and just three interceptions.

On the ground is where the Bulldogs really have some talent, as D’Andre Swift has been solid this season. Swift has 1,203 yards and seven touchdowns rushing, to go with 21 receptions for 198 yards and another score.

LSU shines based on its offense, and Burrow has been outstanding. On the season, Burrow has thrown for 4,366 yards, 44 touchdowns and six interceptions. He has a couple of 1,000-yard receivers at his disposal in Justin Jefferson (81 receptions, 1,092 yards, 13 touchdowns) and Ja’Marr Chase (70 receptions, 1,457 yards, 17 touchdowns).

Hard Not To Bet On LSU

Georgia’s defense has been elite this season. There is no denying that. However, this is not a normal offense that it is facing in LSU. Not only has Burrow been absolutely mesmerizing this season, but he has weapons all around him in Jefferson, Chase, and Edwards-Helaire. I just don’t think that, as good as Georgia’s defense has been, that it will be able to keep up with the Tigers on both sides of the ball. For my money, I am taking LSU despite laying seven points.