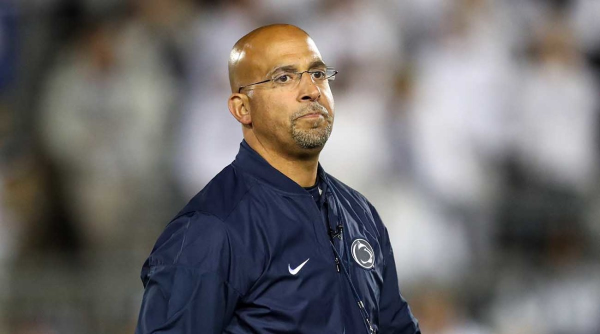 Our world is in a very weird place right now, with some believing lockdown is necessary and others feeling like the country needs to be reopened. In the midst of this craziness, is the decision on when certain sports will open back up – or if they will open back up.

College football is one of those sports that are seriously considering a shutdown for the entire year. Because of the mass gathering on campuses, and close proximity of one another in those living conditions, the risk of getting and spreading the coronavirus is making everyone worrisome in these confusing times.

Penn State head coach James Franklin, though, believes that there is a way to have some semblance of a season in 2020 – even if every school doesn’t open before the season starts.

“I can’t imagine that right now we’re all going to open at the same time,” Franklin told ESPN. “If the SEC, for example, opens up a month earlier than the Big Ten, and the Big Ten is able to open up and 12 of the 14 schools, if two schools can’t open, I don’t see a conference — any conference — penalizing 80% or 75% of the schools because 25% of them can’t open.

“To me, unless there’s a level playing field and the NCAA comes out and says that no one’s opening before this date to try to help with that, what you really end up doing is you end up hurting the conference.

“Say two or three of the schools in our conference that are ranked in the top 10 have the ability to open, and a couple schools don’t, and you make the decision to hold the entire conference back, you’re hurting the conference as a whole in terms of your ability to compete.”

Big Ten commissioner Kevin Warren has the very undesirable job of giving the OK when it’s time to start. He says that because “this situation is so fluid,” the Big Ten Emerging Infectious Disease was created to aid in the decision-making process.

“I’m just counting on our chancellors, our presidents, our provosts, our leaders on our campuses, our Big Ten Emerging Infectious Disease committee, our local, state and national government, that we’ll take guidance from, at the appropriate time,” Warren said.

“It’s so early now. This is a fluid situation, and so important, it wouldn’t be prudent for me to speculate. But one thing I do know: I know more now today than I did when I canceled the men’s basketball tournament.

“I think these next 45 to 60 days, with the information we’re getting regarding testing from the government and different areas, we’re learning so much every day. I’m looking forward to gathering information and leaning on experts. I don’t think we know, and anyone who tells you they know is making it up. I’m not going to make it up.”

Franklin also added that it could be good for the NCAA to give additional guidelines for the United States, to go along with what each state and university is going to decide. Overall, it would basically say you better be able to answer these criteria and be able to document that you’ve met this threshold.

“That could at least help with it a little bit,” he said. “In a perfect world, everybody opens at the same time. I just don’t see any way that will be possible. Are you going to not have college football this year or sports in general because two states in the country won’t open? I don’t see that happening.”