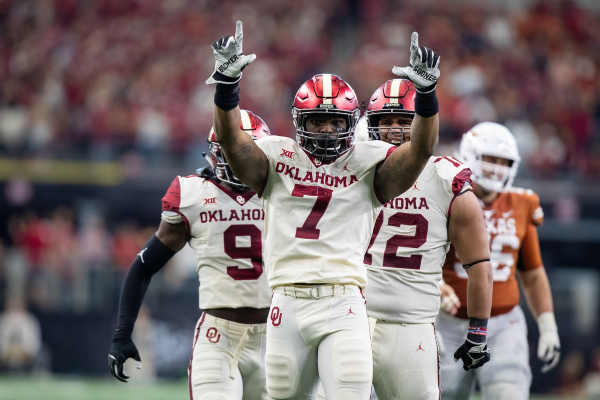 The 2018 Oklahoma Sooners season ended with a loss to Alabama in the College Football Playoff semifinal round. The Sooners were one of the most explosive offensive teams in the country a season ago, and quarterback Kyler Murray was the Heisman Trophy Award winner. Oklahoma lost a ton of talent to the NFL, including Murray, but they have recruited well again.

Oklahoma finished the 2018 season with a record of 12-2. The Sooners went 8-1 in Big Twelve Conference play and won the conference championship game. Oklahoma will be early favorites to win the conference again this season, but question marks still remain on the defensive side of the ball. Head coach Lincoln Riley continues to coach terrific offensive teams, and the Sooners will score plenty of points this season.

Keeping Lincoln Riley at the helm in Oklahoma was the biggest and most important thing to happen to the Sooners football program this offseason. There were a handful of NFL teams that tried to lure Riley away, but he remains in Norman with the Sooners. Not only did Riley stay, but he was able to recruit Jalen Hurts to join the Oklahoma football program. Hurts had a terrific career at Alabama and will lead the Oklahoma offense from day one this season.

Jalen Hurts: Jalen Hurts will be in his first season in a Sooners uniform, but he has had a great collegiate career. Hurts was forced into a backup role a season ago, but stepped up and led the Crimson Tide in the SEC Championship Game. Working with Lincoln Riley should prepare Hurts for a future career in the NFL.

Lee Morris: Hurts will need someone to throw the ball to, and that’s where Lee Morris comes into play. Morris had only 21 catches a season ago but averaged more than 21 yards per reception. Eight of Morris’ 21 catches went for a touchdown during the 2018 season.  The senior will likely be the top receiving target this season and could put up some huge numbers.

Kennedy Brooks/Trey Sermon: The Oklahoma Sooners lost a ton of talent after the 2018 season, but they have both of their top running backs returning. Kennedy Brooks and Trey Sermon combined for over 2,000 yards on the ground a season ago and should put up monster numbers this season as well.

Oklahoma was hit hard by the NFL Draft after the 2018 season, but there is still plenty of talent on this roster. The addition of Jalen Hurts gives the Sooners another elite player at the quarterback position, and Oklahoma should put up a ton of points this season. Oklahoma is an overwhelming favorite to win the Big 12 at -125, but it is also a solid bet. The Sooners are the most talented team in the conference, and they will win another title. Stay away from the Sooners at +1400 to win the College Football Championship even though they will be in the conversation. The final bet is on the win total, and you should take the over 10.5 wins for the Sooners.