No. 10 Miami, No. 17 North Carolina Square up in Regular Season Finale 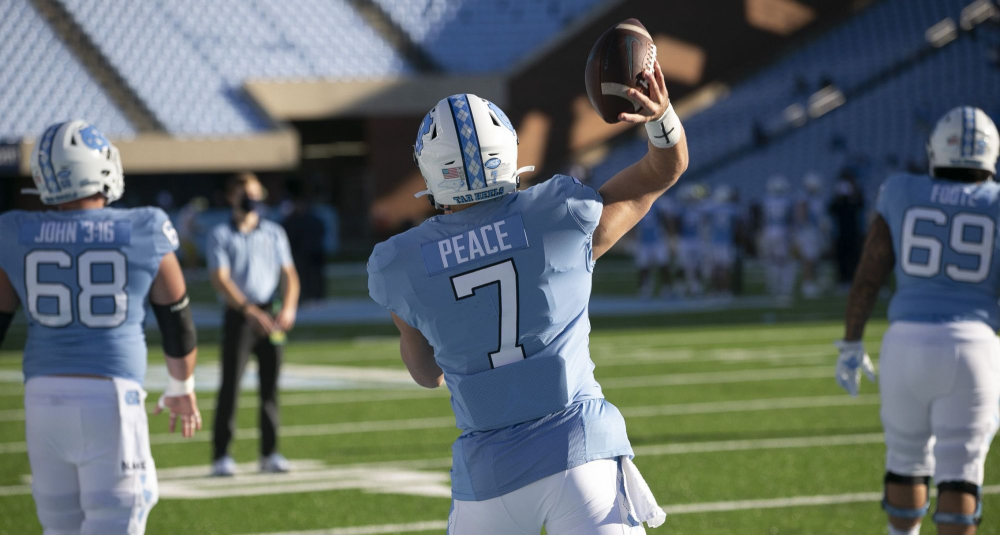 The No. 17 North Carolina Tar Heels (7-3) travel to the Sunshine State for a Noon matchup with No. 10 Miami (8-1). The third and fourth best teams in the Atlantic Coast Conference based on record will play at 3:30 p.m. ET on ABC.

The Year, to Date

It’s been an up and down year for North Carolina, which rose as high as No. 5 in the AP Top 25 before an inexplicable loss at Florida State in mid-October. Later, head coach Mack Brown’s side fell to Virginia, creating an uphill climb to the ACC championship. Reaching that game became unachievable after Carolina lost to No. 2 Notre Dame on November 27 in Chapel Hill.

Miami’s quest for the ACC crown was thwarted last weekend when Clemson took down Virginia Tech in Blacksburg. The Hurricanes have just one loss on the season, but so does Clemson, who beat Miami on October 10. That means the Tigers hold the tiebreaker against Miami and will face undefeated Notre Dame for the conference title. Still, it’s been a positive season for Hurricanes second-year head coach Manny Diaz, and it’s been a marked improvement from a 6-7 campaign in 2019 that featured losses to FIU and Louisiana Tech.

North Carolina brings with it to Hard Rock Stadium the nation’s fifth best offense and should have a significant edge on a defense that is talented but ranks just 45th in the country. Tar Heels QB Sam Howell has thrown for 3,129 yards, 26 touchdowns, and 6 interceptions in 2020. He’s been helped by RB Michael Carter (937 yards rushing, 7 touchdowns on 132 attempts) and receivers Dyami Brown and Dazz Newsome. Whether a pair of transfer Miami defensive ends Quincy Roche (Temple) and Jaelan Philips (UCLA) can create sufficient pressure on Howell might determine the outcome of the ballgame.

Miami’s offense, although less impressive ranking 27th in America, is no slouch, either, quarterbacked by the sensational graduate transfer from Houston, D’Eriq King. A threat on the ground and through the air, King has thrown for 2,334 yards, 20 touchdowns, and 4 interceptions this year. He’s also rushed for 467 yards and 4 scores. The Hurricanes offense also has a slight advantage on their counterparts, a Carolina defense that ranks 61st nationally.

A 3.5-point spread in favor of the home team is indicative of this game being a toss-up between two talented sides. But a major difference between the programs is what they have left to play for in 2020. North Carolina, with three losses, can anticipate a respectable bowl bid. Alternatively, Miami has a real chance at playing in a New Year’s Six games. Because of that, and believe Miami can pressure Howell in ways UNC hasn’t seen this year, picking the Hurricanes outright makes sense. Picking them by more than a field goal is a bigger leap of faith. Miami 31, North Carolina 28