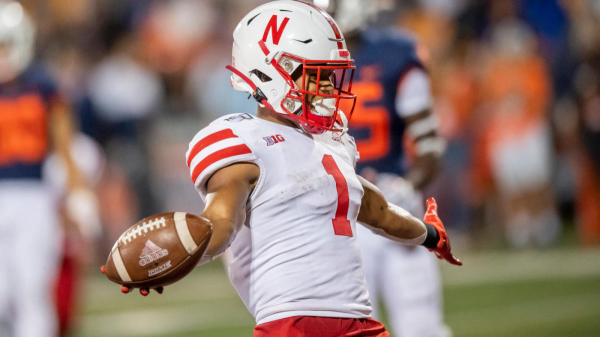 It’s yet another Friday night showdown as the Nebraska Cornhuskers (1-3) and the Iowa Hawkeyes (3-2) meet in a college football matchup on November 27.

Nebraska, one of the biggest contenders for the 2020 Big Ten, losing it?

The Nebraska Cornhuskers has had a slow start this season and this fixture offers an opportunity for them to get back on track.

The Cornhuskers rank as part of the top-five team in the Big Ten in both rushing yards (198.8 per game) and yards per carry (4.9).

The Nebraska Cornhuskers are coming off a 41-23 loss to the Illinois Fighting Illini in their last match. The loss dropped the team’s overall record to 1-3 and exposed the plaguing flaws in the team’s defense. In the game, the Nebraska Cornhuskers gained a total of 392 yards of offense against the Fighting Illini, as quarterback Luke McCaffrey passed for 134 yards with 3 interceptions and no touchdowns in the air. McCaffrey also led the team on the ground with 26 carries in 122 yards and 2 touchdowns, while Wan’Dane Robinson secured 6 catches in 60 yards.

In total offense this season, the Cornhuskers average 21.3 points per game and are gaining an average of 375.5 yards total, 176.8 in passing yards, and 198.8 in rushing yards. At the top of the Nebraskan charts, this season is freshman quarterback Luke McCaffrey with 434 yards gained in passing with 1 touchdown and 5 interceptions. McCaffrey is also the lead rusher for the Nebraska team, with 56 carries in 318 yards and 3 touchdowns rushing. Meanwhile, wide receiver Wan’Dane Robinson is at the head of the receiving lineup, having caught 21 throws in 165 yards.

The Nebraska Cornhuskers have been below par defensively but their saving grace is that the Iowa Hawkeyes is not entirely a great offensive team.

The Cornhuskers defense rank 106th in the country, having conceded an average of 34.3 points per game so far in the season. For the four games the team has featured in this season, the Cornhuskers have given up an average of 226.5 in passing yards and 223.3 in rushing yards, 8 sacks, averaging a total of 449.8 yards and ranking 110th in yards allowed in the college football tables.

The Hawkeyes Offense looking to dominate the Nebraskan defense

The Iowa Hawkeyes recently bumped up their overall record after beating the Penn State Nittany Lions 41-21. In passing, the Hawkeyes offense was led by quarterback Spencer Petras who threw for 180 yards in the game. Meanwhile, Mekhi Sargent led the team on the ground running for 101 yards with 15 carries and scoring 2 touchdowns, and wide receiver Nico Ragaini secured 4 receptions in 46 yards.

Quarterback Spencer Petras has passed for 945 yards with 4 interceptions and 3 touchdowns this season, leading the Cornhuskers in the air. Running back Tyler Goodson leads the team on the ground with 83 carries in 453 yards and 6 touchdowns rushing, and wide receiver Nico Ragaini heads the receiving lineup with 15 receptions in 165 yards.

When it comes to defending, the Iowa Hawkeyes have proven strong, only conceding 16.0 points per game and ranking 21st in the country. With an average of 319.8 in total yards, the team is currently ranked 86th in the country, with 217.2 in the air and 102.6 on the ground.

The following Iowa players will be most probably absent from the game on Friday, C. Cronk (OL), J. Waggoner (DL), K. Schott (OL), and C. Lockett, who has left the team.

The Nebraska Cornhuskers defense has been struggling since their first match of the season, and they still have not found their footing. Meanwhile, the Iowa offense and defense seems to be getting stronger and stronger.