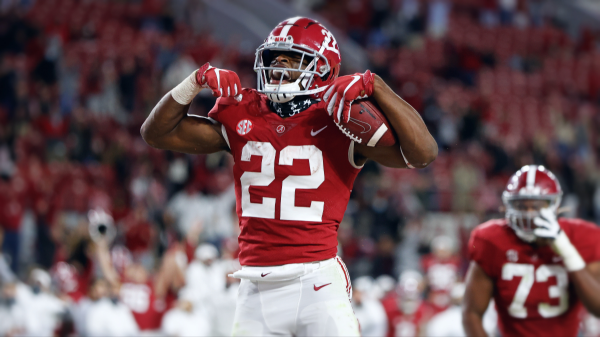 Mississippi State opened the season and the Mike Leach era by stunningly upsetting LSU on the road. Since then, little has gone right for the Bulldogs. As the Air Raid has fallen flat in a run of three straight losses, the post-LSU bandwagoners have departed, and so have a number of players.

In other words, there could not be a worse time to have to hit the road to face Alabama. The Crimson Tide got all they could handle at Ole Miss a few weeks ago, but they looked primed for another title run and are racking up the points with a new starting quarterback in Mac Jones.

This matchup has all the makings of being a very scary Halloween night for Mississippi State. But can they at least stay in the game long enough to at least make sure it is not a complete treat for Alabama?

Sure, Alabama gave up 48 points to Ole Miss and has given up no less than 17 points in any of their five games. But given that the Bulldogs have scored only 30 points in their last three games and have major issues with remembering that good sportsmanship doesn’t mean frequently gifting the other team possessions and points (to the tune of 16 turnovers in four games), they aren’t likely to buck that trend.

Perhaps knowing that everyone expects them to be absolutely obliterated could be liberating. The Air Raid is likely to get going at some point, and the recent departures, including star running back Kylie Hill, could be addition by subtraction. Even in a loss, a few touchdowns and a turnover-free performance could inject some much-needed confidence for K.J. Costello if he gets one last chance to show that his record performance against LSU was not a fluke.

Will the loss of Jaylen Waddle affect Alabama? No Waddle, no problem. The star receiver went down for the season with a broken ankle on the opening kickoff last week. He had 22 catches for 557 yards and four scores in the first four games, and his production and game-breaking ability will most certainly be missed.

However, still putting up 48 points and 587 yards highlights just how deep and dangerous the Tide are on offense.

A talented, deep group of pass-catchers and the ever-present threat of Najee Harris in the backfield don’t hurt. But Jones has taken the reins and thrived this season, throwing for 1,905 yards and 12 touchdowns.

When will Mississippi State’s defense break? Defense has kept them in each of the last three games despite being put in a tough position time and again. The only first-quarter points scored against the Bulldogs thus far came on a pick-six by Arkansas.

However, the animal they’re facing this week is entirely different than Arkansas, Kentucky, and Texas A&M. Alabama has put up 132 first-half points thus far: 28 vs. Missouri, 35 vs. Texas A&M, 21 vs. Ole Miss, 20 vs. Georgia, and 28 vs. Tennessee.

Under 64 for the game: The last time these two teams combined for a total this high was Alabama’s 53-34 win in 1988, and it’s occurred only four times in the entire history of the rivalry. Alabama’s racked up plenty of blowouts in the series and may do so again, but this number will be a very tough ask unless Mississippi State finds a pulse on offense.

Over for the second quarter total. This has been where the dam broke for MSU over the last two games, as they surrendered 14 second-quarter points to both Kentucky and Texas A&M after holding firm in the first. And while Alabama has done a lot of second-quarter damage, they’ve also given up 51 points across their five games.