Media Day Tidbits from the World of College Football 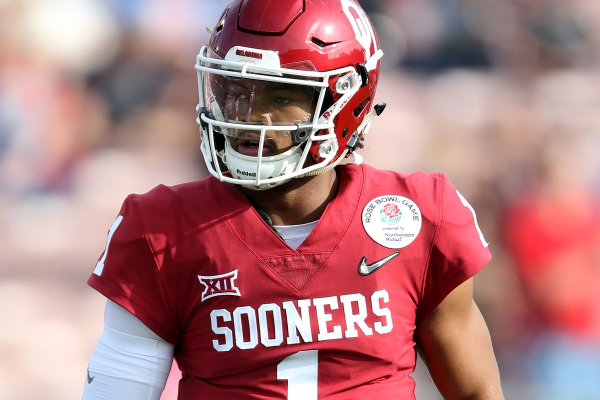 At long last, we can see the start of the college football season in the distance. The SEC is in the midst of wrapping up its media days, while other major conferences have done the same. That means a lot of interesting tidbits from the past week. Let’s try to catch up on as many as possible.

One of the biggest takeaways from Nick Saban’s time at the podium during SEC media days is that he’s still undecided on a starting quarterback. Many believe Tua Tagovailoa will win the job after leading Alabama to a second-half comeback in the title game last year. There is also speculation that Jalen Hurts will transfer if he’s not the starter. However, as far as Saban is concerned, both players will be at training camp and will compete for the starting job, saying the team’s quarterback situation is “still to be determined.”

Another high-profile program is still undecided on its quarterback situation. Oklahoma head coach Lincoln Riley said earlier this week that Kyler Murray has not yet locked down the starting job. Murray, of course, made waves last month by being a first-round pick in the MLB Draft, although the Oakland A’s area allowing him to continue to play football. However, Riley made a point to say at Big 12 media days Murray will still have to beat out sophomore Austin Kendall during training camp. Kendall may not be the dynamic athlete that Murray is, but he had a strong spring and won’t be easy to beat out.

Speaking of Riley, despite not knowing who the quarterback is going to be, the Sooners head coach said he believes this year’s team is the most talented he’s seen in his four years at Oklahoma. Even with the loss of Heisman winner Baker Mayfield at quarterback, Riley said during media days that “if this team reaches its potential then we can play with (anybody) and we can beat anybody.”

What’s In A Name

Soon after the firestorm this past week involving John Schnatter, best known as the founder of Papa John’s Pizza, the University of Louisville decided to take Papa John’s name off of their stadium and rename it Cardinal Stadium. Schnatter personally owns the naming rights to the stadium, but he doesn’t seem to be raising any objections, which is a relief for the university, as several Louisville players were quick to speak out in favor of changing the name of the stadium. Thus, the matter appears to be resolved, at least for now.

Momentum is building toward college football teams being forced to disclose injuries. The idea of a weekly injury report was proposed earlier this month by the Big Ten and ACC commissioner John Swofford appears to be on board with the idea as well. At ACCKickoff on Wednesday, Swofford said disclosing injuries and suspensions will reduce the people around college football trying to get that information “in an underhanded kind of way.” Swofford doesn’t believe it will happen for the upcoming season, and so the ACC will not require coaches to list injuries in 2018. However, the ACC commissioner believes a mandatory injury list will be in place by the 2019 season.

It didn’t take long for former Cal wide receiver DemetrisRobertson to announce what many had speculated, which is that he’s transferring to Georgia. A native of Savannah, Robertson announced earlier this month that he would leave Cal after two seasons. He played in just two games for the GoldenBears this past season due to injury. However, he was a five-star prospect coming out of high school, so if he’s healthy, he could make a big impact for the Bulldogs. Of course, he will have to sit out the 2018 season before having two years of eligibility left starting in 2019.

Under Attack from Stupidity

We’ll close with one of the most tone-deaf statements one can imagine. During Wednesday’s ACC Kickoff event, North Carolina head coach Larry Fedora questioned the link between football and CTE, claiming “out game is under attack.” He backtracked by trying to say that football isn’t the sole cause of CTE, which is accurate. Fedora says that he fears he won’t be able to “recognize” football in 10 years, adding, “if it does, our country will go down too,” citing members of the military who told him the armed forces are strong because of the number of former football players. In a roundabout way, Fedora implied that football should do nothing to address the frequency of CTE for the sake of the military, which is downright crazy.