Louisville to Host Syracuse in a Must-Win Fixture 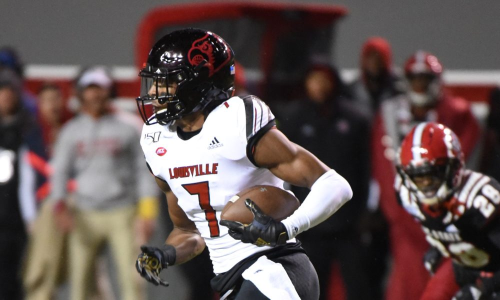 This week, college football action features the Syracuse Orange getting on the road to meet the Louisville Cardinals in a Week 12 matchup, happening on November 20, 2020. The game will officially begin by 7:00 PM ET at the Cardinal Stadium in Louisville, Kentucky, USA. This game will be televised by the ESPN Sports TV Channel, and will be held in strict accordance with the COVID-19 regulations.

Both teams are entering the game with the hope of redemption after recurrent losses, the Louisville Cardinals with a 2-6 overall record and the Syracuse Orange with a 1-7 record.

Can the Syracuse Orange offense take on the Cardinals Defense?

This season, the Syracuse offense has been quite disappointing, ranking 106th in passing yards per game with 177.8 average and 119th in rushing yards per game, having rushed for only 86.0 yards per contest, and hold a record of 18.3 points per game. The Syracuse Orange team has lost all of their five most recent games, the last being the game against the Boston College Eagles, which ended in a 16-13 loss.

Season leader in passing yards, quarterback Tommy DeVito, passing 593 yards with 4 touchdowns and 2 interceptions, will not be playing in this matchup, as he is out for the season. However, he will be replaced by freshman Jacobian Morgan. Morgan is looking good with a respectable 188 yards of passing with 1 touchdown and an interception from his first game. Lead rusher Sean Tucker has had 82 carries for 414 yards and 3 touchdowns this season, while wide receiver Taj Harris is leading the receiving lineup with 36 reception for 507 yards and 4 touchdowns.

The Syracuse Oranges on defense are ranked 86th in the CFB tables, allowing their opponents an average of 31.1 points per game, 240.73 in passing yards and 223.63 in rushing yards, totaling 464.38 yards per game.

Malik Cunningham and the Louisville Cardinals, the Favorites to Win

The Louisville Cardinals are entering this matchup having lost 4 out of their five recent matches. Their last game against the Virginia Cavaliers ended in a 31-17 defeat, with junior QB Malik Cunningham passing for 161 yards with 1 interception and no touchdowns. Cunningham also led the rushing fore line with 20 carries for 197 yards with 2 touchdowns.

On defense, the Cardinals averaged 29.8 points per game conceded, ranking the team at 80th on the division tables. The team has allowed an average of 195.63 in passing yards, 196.50 in rushing yards totaling 392.13 yards average allowed per game.

The season looks bleak for the Syracuse Oranges, and the team’s offense has performed poorly this season. However, there is a ray of sunshine in the freshman quarterback Jacobian Morgan, who looks promising and, with the right coaching, will develop significantly. Meanwhile, the Louisville Cardinals though having performed not so great this season, look strong with Malik Cunningham, who has thrown 38 touchdowns in his career.